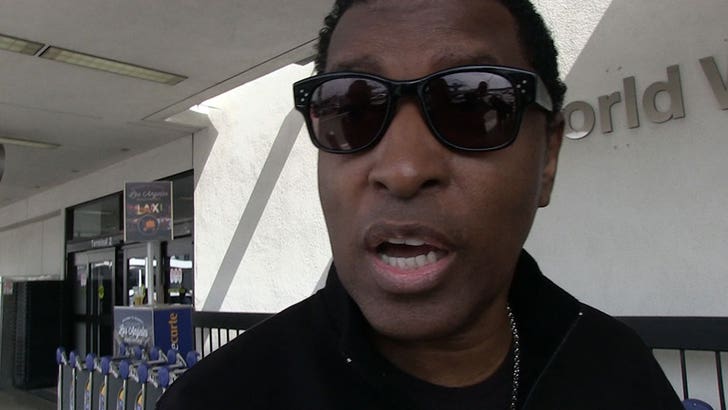 Babyface says it's a serious stretch to say Ed Sheeran's "Thinking Out Loud" rips off Marvin Gaye's "Let's Get It On" ... and the evidence is right there for anyone to hear.

The singer and mega producer -- who knows all about creating hit music -- was at LAX when we asked him about Sheeran being hit with the $100 million lawsuit over copying Gaye's hit. Babyface says to his well-trained, experienced ear only the chord structures are similar -- and there's a lot more to a song than that.

He named 2 other major elements that clearly aren't copied.

Simply put -- Babyface doesn't think it's copyright infringement and p.s. ... this isn't like Robin Thicke's case with the Gaye family.

We broke the story ... a company that owns a third of "Let's Get It On" claims Ed jacked the melody, rhythms, harmonies, drums, bassline, tempo, syncopation and ... yeah, basically EVERYthing.

It's not the first time for Sheeran, either ... the heirs of a 'Get It On' co-writer also sued back in 2016. Ed recently responded in that case with a similar argument to what Babyface is saying.