Pretty shocking video here of 2 Georgia cops giggling while using a coin flip app to determine if they should arrest a speeding motorist -- and the recorded incident got both officers suspended.

Roswell PD pulled over Sarah Webb back in April for driving 80 MPH in a 45 MPH zone on a rainy day. Officers Courtney Brown and Kristee Wilson were trying to decide whether to simply give Webb a ticket for reckless driving or arrest her ... and opted for a coin flip.

On the video -- recorded by the officers' own body cams, btw -- you can hear Officer Wilson say, "A (arrest) head, R (release) tail." Brown says "Okay" and laughs. Despite the fact it came up tails ... the cops opted to arrest Webb.

Webb had no idea about the coin flip until Atlanta's WXIA uncovered the video. As a result, the cops are on administrative leave during an internal affairs investigation -- and Webb's charges were dropped. 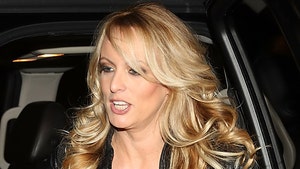