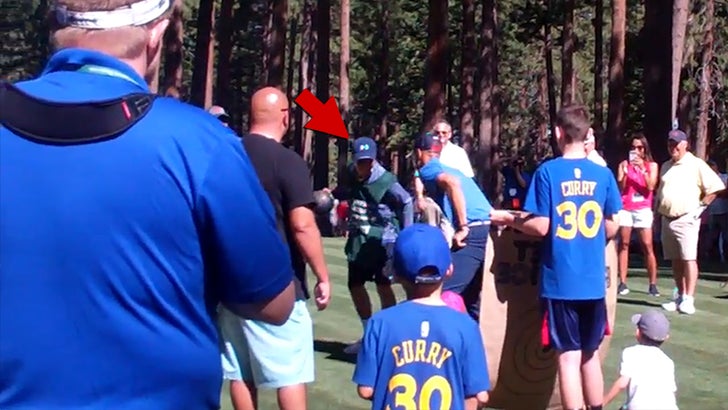 Steph Curry can't even let his guard down in the offseason ... 'cause the dude's getting challenged WHEREVER he goes -- even on the golf course!!

Curry was participating in the practice round at the American Century Championship celebrity golf tournament at Edgewood Tahoe on Thursday ... when his own caddie grabbed a basketball and put the NBA superstar in a blender!!

Curry's reaction is hilarious ... the dude even reenacts his infamous mouthpiece toss from the 2016 NBA Finals!!

(Obviously, Curry was in on the joke ... but, it's still really funny)

BTW -- there's a TON of athletes competing in the tourney Friday -- from Sean Payton to Jared Goff to Vince Carter. But, they didn't get crossed up by their caddies.

It wasn't all L's for Curry ... he did win the Korbel champagne poppin' contest! 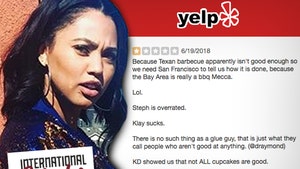 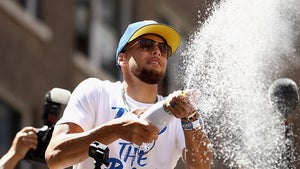