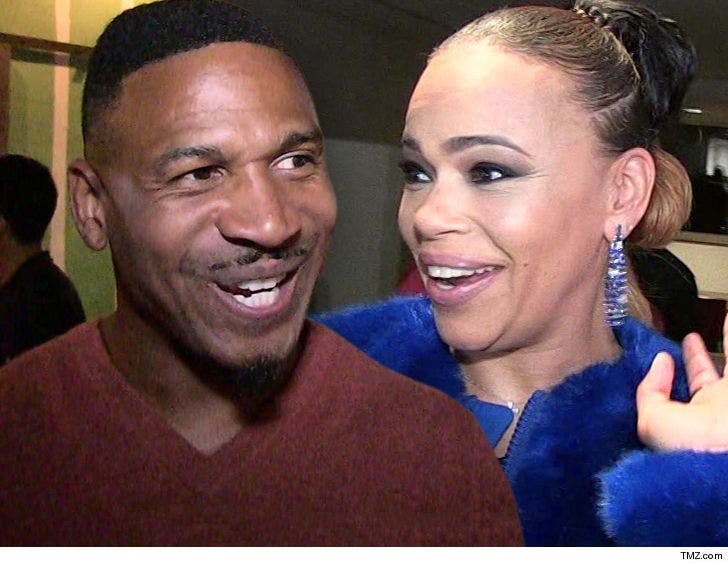 9:55 AM PT -- It's a wrap ... Faith and Stevie have already done the deed. Multiple sources at the ceremony confirm they tied the knot in their hotel room Tuesday night ... around 10:30 PM.

Faith Evans and Stevie J are THIS close to becoming Mr. and Mrs. Jordan ... TMZ's learned they've applied for a marriage license in Las Vegas.

According to docs, the singer and producer filed for the license in Clark County on Tuesday. The clock's now running, they have one year to tie the knot. But it seems like they won't need that long -- Stevie tweeted Tuesday, "I love you Faith Renee Jordan," and Faith replied, "I love you back Steven Aaron Jordan."

The couple had broken up last year -- but, you know what they say, break up to make up. 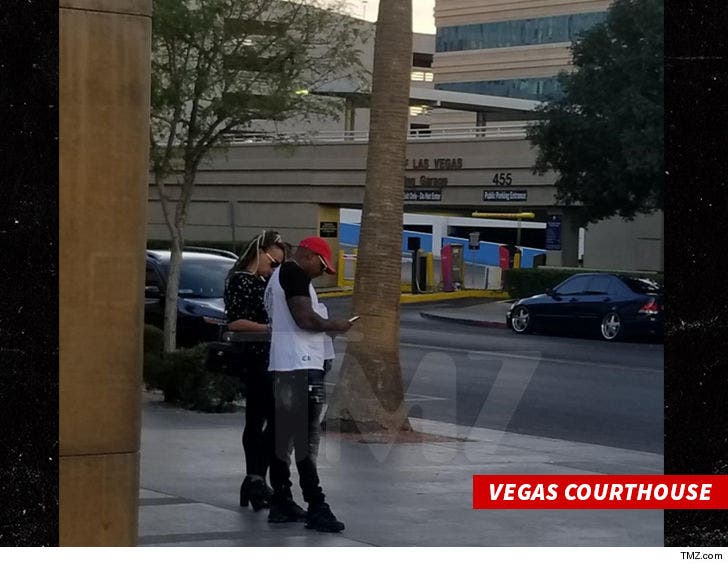 The news comes on the heels of a steamy clip Stevie J posted last week from a music video he and Faith shot for their track, "A Minute." They had also been flirting on Stevie's show, "Leave It to Stevie" ... but this is a big turnaround for him.

TMZ broke the story ... Stevie avoided going to prison for failing to pay child support. He's on the hook for over a million bucks. He also battled a nasty child custody case with his ex, Joseline Hernandez.

This would be Stevie's first marriage and Faith's third -- she was previously married to the Notorious B.I.G. and Todd Russaw, whom she divorced in 2012. 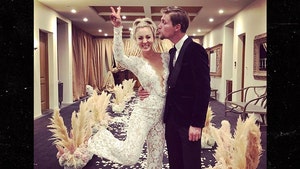 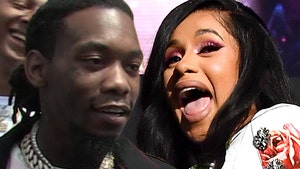