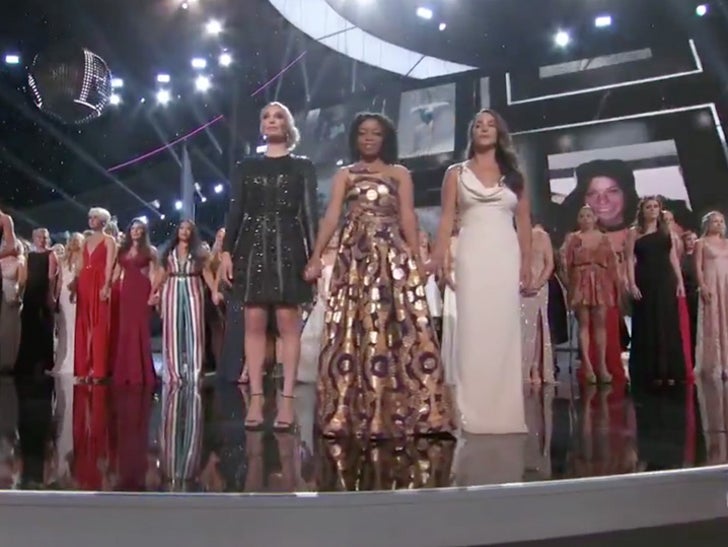 A very powerful moment just went down at the 2018 ESPY Awards, as well over 100 sister survivors of sexual abuse by Larry Nassar joined hands on stage to receive the Arthur Ashe Courage Award.

On behalf of their fellow "army of survivors," Sarah Klein, Tiffany Thomas Lopez and USA gymnastics star Aly Raisman accepted the award. Each delivered a moving speech about the suffering caused by 30 years of abuse by the disgraced Team USA and Michigan State doctor ... and the courage it took -- by hundreds of women -- to finally bring him down.

.@aly_raisman while receiving the Arthur Ashe Courage Award alongside her sister survivors at the #ESPYS: "We may suffer alone - but we survive together." https://t.co/SrcAMqxyM8 pic.twitter.com/3BAVDNVMB3

None of it would have been possible without these brave women standing up and speaking out, though ... and now they're leading the fight against abuse.

And as Lopez told the crowd ... "It feels like we're finally winning." 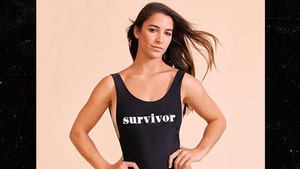 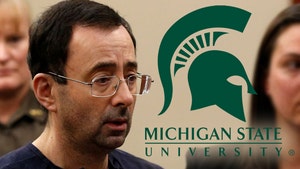