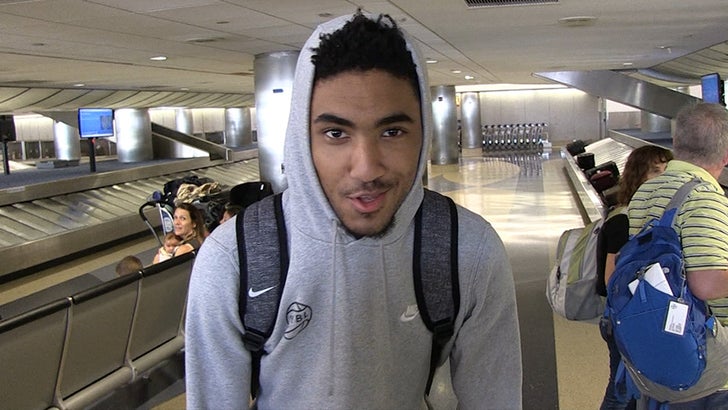 Kenyon Martin Jr. is like a Magic Johnson Jr. when it comes to LeBron James Jr. -- putting on the full-court press to get him to commit to his insanely high-profile California high school.

Of course, Kenyon -- one of the top high school players in the country -- is going into his senior year at Sierra Canyon ... playing alongside Scottie Pippen's son and other NBA spawn.

As we previously reported, LeBron's son, Bronny -- widely considered the #1 rated 13-year-old hooper -- is seriously considering going to Sierra Cnayon ... but nothing's in stone yet.

But, Kenyon Jr. is hoping he can help steer Bronny in the right direction -- it's a pretty good sales pitch.

Obviously, they won't end up playing together -- Kenyon graduates in 2019 ... and he's already getting offers from top colleges including Georgetown, Memphis, Oklahoma, Oregon State and UCSB.

He's also being recruited by Cincinnati ... where his dad went to school before becoming the #1 pick in the 2000 NBA Draft. 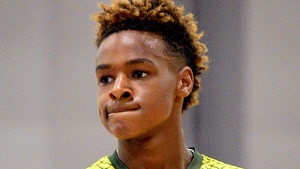 LeBron James Jr. to Sierra Canyon 'Likely But Not a Done Deal' 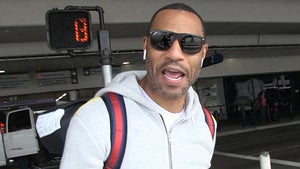