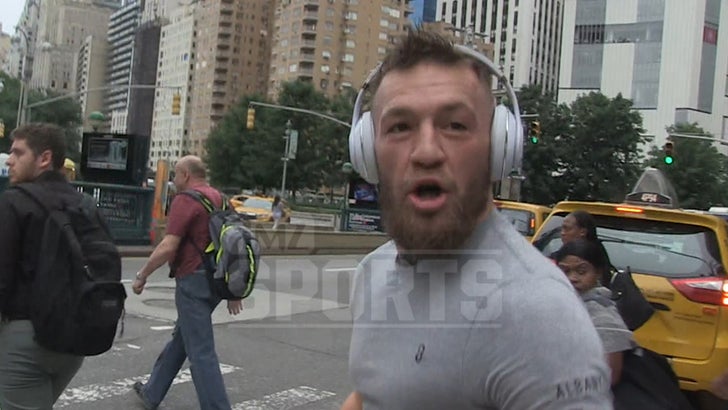 The UFC superstar was wrapping up his workout in NYC Monday when he updated Adam Glyn on fight negotiations with Khabib -- a fight expected to go down in October.

Conor raved about how much he loved the city of New York -- in the wake of his plea deal in his bus attack case -- but says the fight will most likely take place in Vegas ... not Madison Square Garden.

He even says ... "the whole [nation] of Ireland was happy for José Aldo that night."

McGregor hasn't fought in the Octagon since his victory over Eddie Alvarez at UFC 205 which, at this point, seems like an eternity ago. Of course, he fought Floyd Mayweather last year.

As for his claim to being in great shape ... just check out his human being squats in the park. Yeah, we believe him. 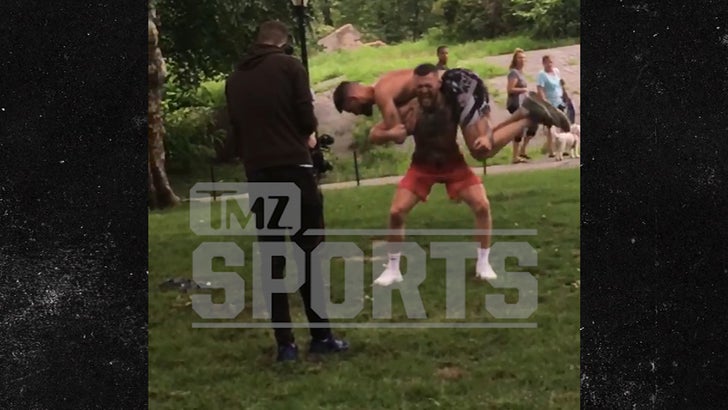 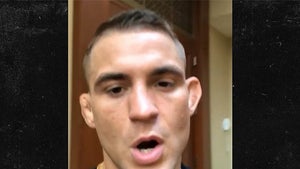 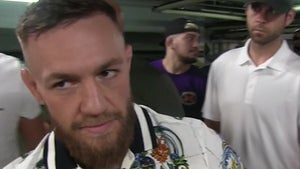