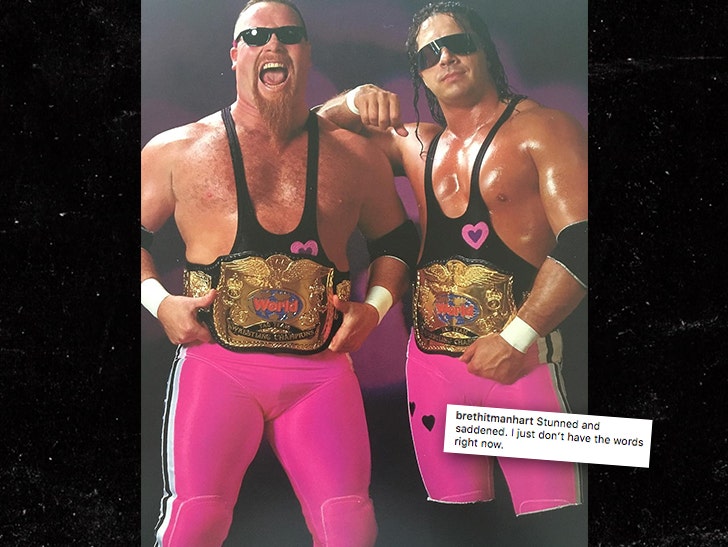 Bret Hart says he's "stunned and saddened" by the death of his former tag team partner and brother-in-law, Jim "The Anvil" Neidhart ... saying, "I just don't have the words right now."

Hart also posted a photo of his old friend with their tag team wrestling championship belts.

Bret and Jim started The Hart Foundation tag team group in 1985 -- and are widely considered one of the best tag teams of all time.

Brutus "The Barber" Beefcake added, "Devastating news Jim Neidhart my friend has passed away!! I can hardly believe it. Rest In Peace Brother until we meet again!!!"

The Iron Sheik wrote, "ONE OF MY OLDEST FRIENDS IN THE BUSINESS JIM NEIDHART. WE TRAVEL TOGETHER I LOVE HIM FOREVER LIKE A BROTHER. GOD BLESS FAMILY I NEVER FORGET YOU BUBBA." 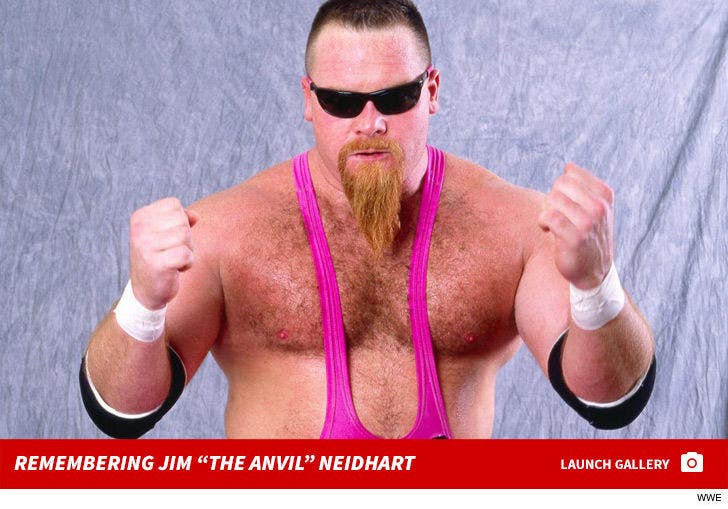 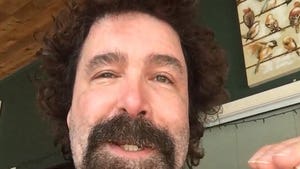