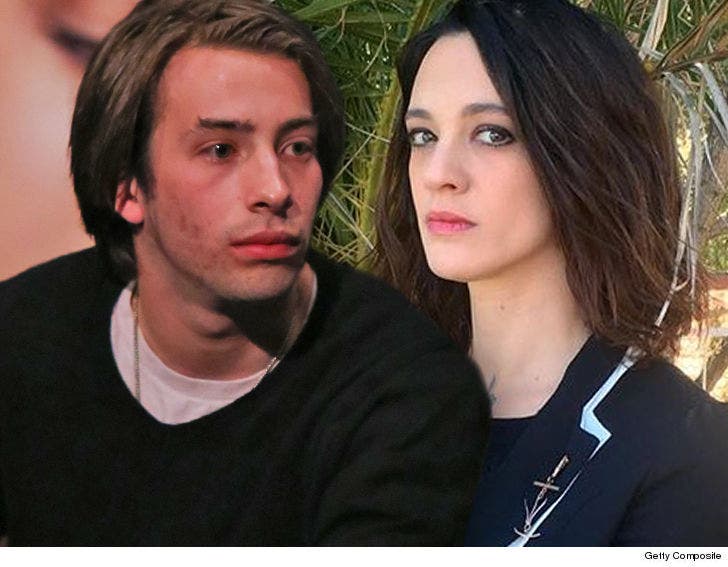 The man accusing Asia Argento of sexual misconduct when he was 17 years old says he chose to keep the event private because he was afraid and ashamed to have his story heard.

In a statement to The New York Times, Jimmy Bennett says, "I did not initially speak out about my story because I chose to handle it in private with the person who wronged me. My trauma resurfaced as she came out as a victim herself. I have not made a public statement in the past days and hours because I was ashamed and afraid to be part of the public narrative."

He continues, "At the time I believed there was still a stigma to being in the situation as a male in our society. I didn't think that people would understand the event that took place from the eyes of a teenage boy. I would like to move past this event in my life, and today I choose to move forward, no longer in silence."

We broke the story ... a photo of Argento and Bennett in bed together -- shirtless -- suggests the 2 had a sexual relationship, along with several text messages between Asia and a friend in which she flat-out admits she had sex with him.

The bed photo is one of 4 that Bennett, now 22 years old, took in a Marina del Rey hotel room back in 2013. Sources tell us the pic was taken after the 2 had intercourse. It's a crime in California for an adult to have sex with a person under 18 ... and Asia was 37 at the time.

However, Argento released a statement Tuesday saying, "I have never had any sexual relationship with Bennett" ... but claims Bennett was litigious and made exorbitant money demands, so she settled with him for $380,000.

Her boyfriend, Anthony Bourdain, paid Bennett the money because Asia says they wanted to "no longer suffer any further intrusions in our life." 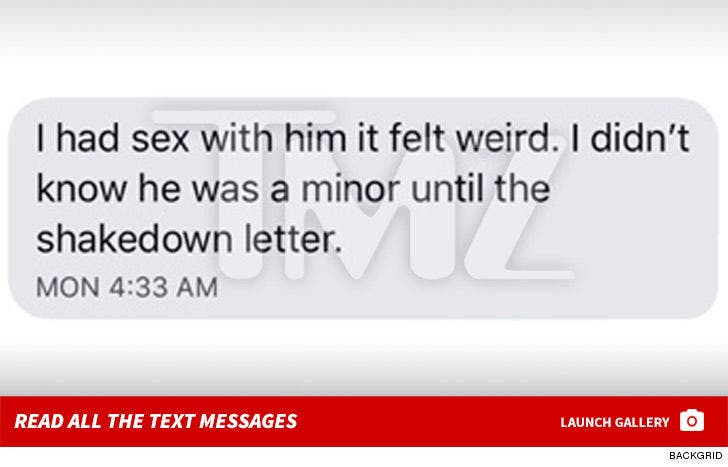 In the text messages to her friend, though ... Asia admits to sex with Bennett but claims she didn't know he was a minor until he sent a "shakedown letter." She adds ... "it wasn't raped (sic) but I was frozen. He was on top of me. After, he told me I had been his sexual fantasy since was 12." 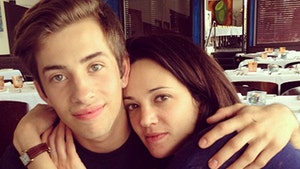