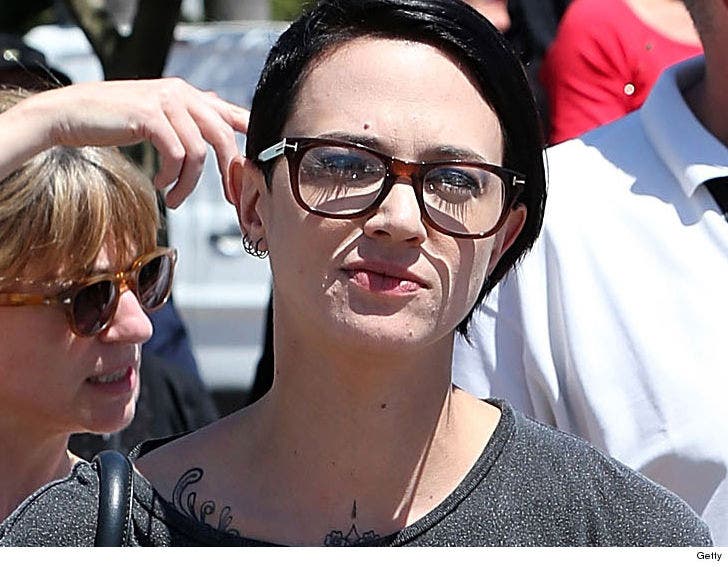 The actress shared a personal photo Thursday of herself with her late boyfriend ... the 2 are in a red convertible looking happy, with the 'Parts Unknown' host smirking while holding a green umbrella over them.

Asia captioned the pic with an Italian poem from Dante's "Divine Comedy," which translates to ... "There is no greater sorrow than to be mindful of the happy time in misery, and that thy Teacher knows. But, if to recognize the earliest root of love in us thou hast so great desire, I will do even as he who weeps and speaks."

According to the post, the photo was taken May 27 ... just a little over a week before Bourdain died by suicide. As we reported ... he was found dead in his French hotel room after using the belt from his robe to hang himself.

Argento wrote after his death that she was "beyond devastated." She's shared a few photos with Bourdain since then ... clearly trying to take Dante's words to heart.