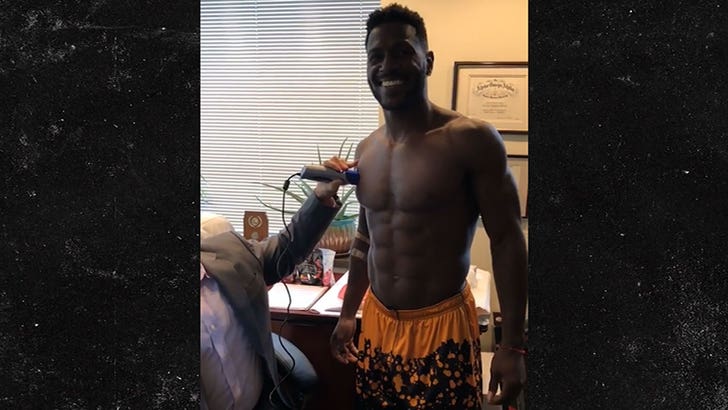 Ever try doing your job while an NFL superstar farts in your face?

That's what happened to the guy testing Antonio Brown's body fat percentage on Monday -- who weathered ass rip after ass rip while trying to administer the test.

Dude must have a nose of steel -- because he was unfazed by the Pittsburgh Steelers' WR's overactive butthole.

In the end, the test showed Brown has 3% body fat -- which the fart-enduring administrator described as "pretty f**king good."

As for Antonio, he chalked up his gas problems to having too much fiber in his diet.

Brown returned to practice with the Steelers on Monday and looked pretty good catching balls from Ben Roethlisberger.

AB had missed some time after suffering an injury to his quad -- but he appears to be doing much better now.

The Steelers have their final preseason game on Thursday -- playing the Panthers in a final dress rehearsal. Don't expect Brown to take any snaps though.

Pittsburgh opens up their season on Sept. 9 against the Cleveland Browns ... a team that's trying very hard not to stink as bad as one of AB's farts. 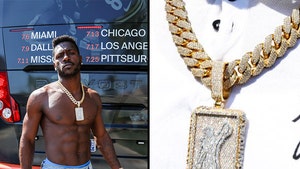 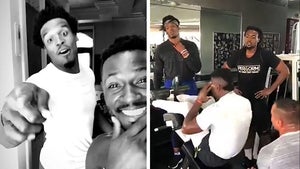