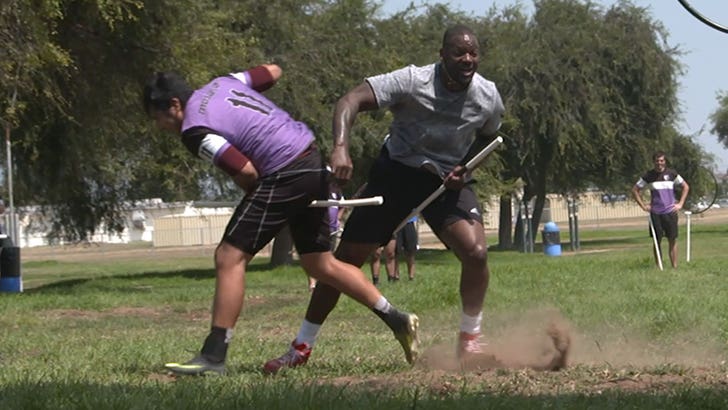 Imagine a 6'6", 275-pound Super Bowl champ running around on a broomstick.

Thanks to Martellus Bennett, we now know exactly what that looks like ... and it's all in the name of QUIDDITCH!!!

The ex-NFL star teamed up with the Los Angeles Gambits to play the 'Harry Potter' sport for his new show, "Mostly Football," with Yahoo Sports and Complex (airing on September 6 at 4pm PT/7pm ET).

The show features the former NFL tight end trying his hand at various non-football sports including sumo wrestling while covering football with his own personal twist. It's good stuff.

TMZ Sports has a first look at the quidditch action ... and not only did Martellus get super into it, he might've forgotten he's not playing football anymore, 'cause he straight-up wrecked a dude while making a play.

And, for all you muggles out there who don't know how quidditch works ... 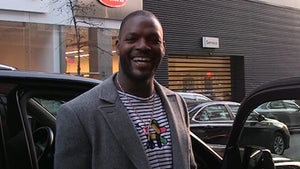 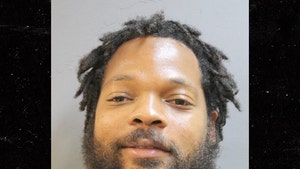