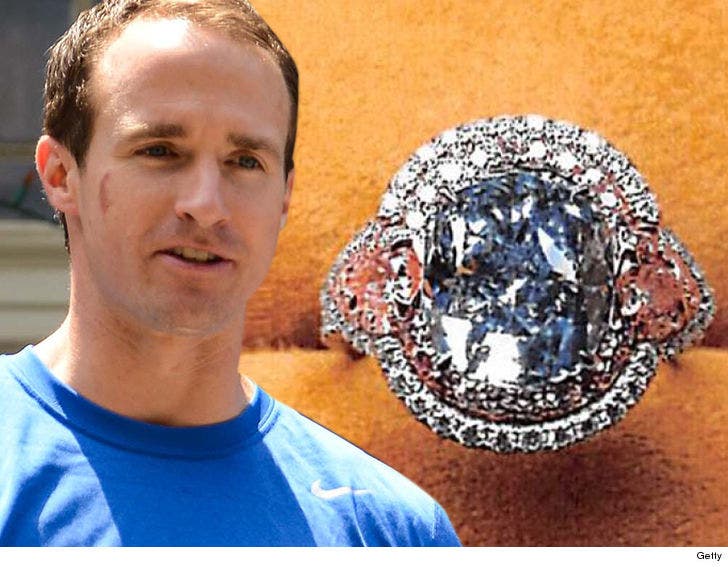 Imagine being told the rare diamond you sold for $3.75 MILLION is now back on the market for around $7 MILLION ... and could be worth more than $10 MIL. How would you react?

Drew Brees could only shake his head ... according to legal docs obtained by TMZ Sports.

It's all part of the QB's war with his old jeweler, Vahid Moradi -- who Brees is suing, claiming he's been ripped off for millions over the years.

As we previously reported, Brees suspected he was swindled by his jeweler so he brought it to another appraiser who valued it at a mere $2 million.

Now, according to new legal docs, we've learned Drew sold the ring in the spring of 2018 for $3.75 million ... a number he seemed satisfied with based on the low appraisal.

But Moradi's attorney, Eric George, suspected something fishy went down -- since the man who appraised the diamond got a commission for brokering the deal with the new buyer.

During the deposition, George hit Brees with a bombshell -- saying, "Would it surprise you to know that it's being offered right now at a wholesaler's for $6.8 million?"

Drew's response according to the transcript -- "[Brees shakes head]."

George then told Brees if the diamond were to be sold at a retail store like Tiffany, the price tag would be in excess of $10 million!!!

We reached out to Drew's attorney, Andrew Kim, for comment who told us the new price tag may not reflect the true value of the diamond -- and doesn't take away from the fact Drew feels scammed by Moradi.

"[The wholesaler] is offering it at what he's offering it. The real story is what he's able to sell the piece for. We'll be fairly surprised if he gets anything close to what he's asking for."

The two sides are still duking it out in court -- this one's getting nasty. 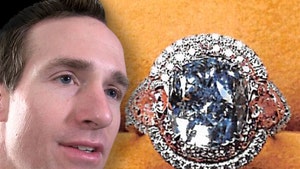 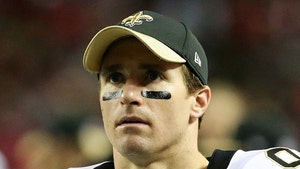