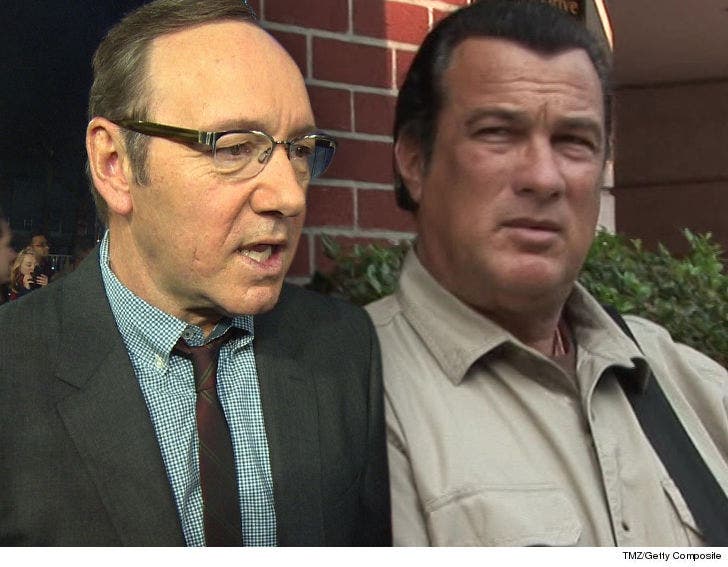 Neither Kevin Spacey nor Steven Seagal will face charges for alleged sexual assaults that took place about 25 years ago ... TMZ has learned.

According to new legal docs ... the L.A. County D.A. declined to file charges in the cases against the actors for alleged incidents that took place in the early '90s.

In the Spacey case, a man claimed he was sexually assaulted in 1992, but the D.A. concluded it was well beyond the statute of limitations, and "Therefore, an analysis of the strengths and weaknesses of the evidence is not warranted."

The D.A. made a similar conclusion for Seagal, who was accused of sexual assault by a woman in 1993 ... so he won't face charges either.

As we reported last month, Spacey is still under investigation for a new sexual assault case in LA.