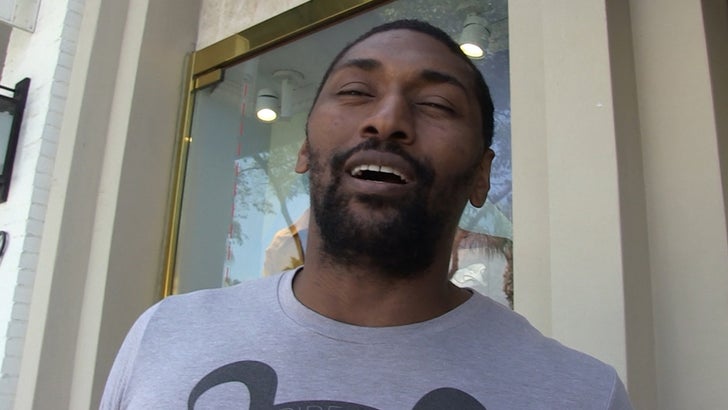 There's no doubt in Metta World Peace's mind that LeBron will bring a title to the Lakers ... 'cause he's telling TMZ Sports it's already been pre-written by the basketball gods!!

"He's destined," Metta says. "You can tell when somebody is chosen basketball-wise. You can tell."

Of course ... Metta's crystal ball is a little cloudy when it comes to the date LBJ will win one -- 'cause the ex-NBA superstar says he sees the Warriors taking home a few more 'ships first.

As for if K.D. will ever team up with 'Bron in L.A. -- World Peace runs out of predictions there.

BUT ... he did elaborate on why one of his former teammates would be the BEST basketball trainer for his kids!!