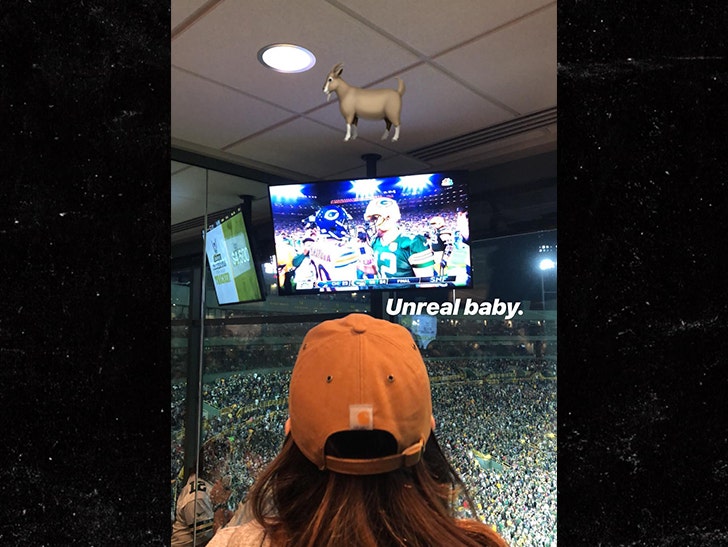 Nobody was happier to see Aaron Rodgers' insane comeback Sunday night than Danica Patrick ... 'cause she showered her man with praise after the win -- calling him the greatest of all time!!

The ex-NASCAR driver had a luxury box seat to Rodgers' rollercoaster ride against the Bears ... with cameras showing her nervous during Aaron's injury and shock during his comeback.

The pic was of a Lambeau Field T.V. -- complete with a goat emoji and the words, "Unreal baby."

FYI ... this ain't the first time Danica's celebrated her man's Packers greatness -- remember the custom bottle of champagne she popped after he inked his mega deal?!

Seems like Aaron's not the only one angling for a ring this season ...

By the way ... Randall Cobb -- the dude who caught the game-winning, 75-yard touchdown from Rodgers -- had quite the postgame celebration too ... giving his newborn baby the game ball!! 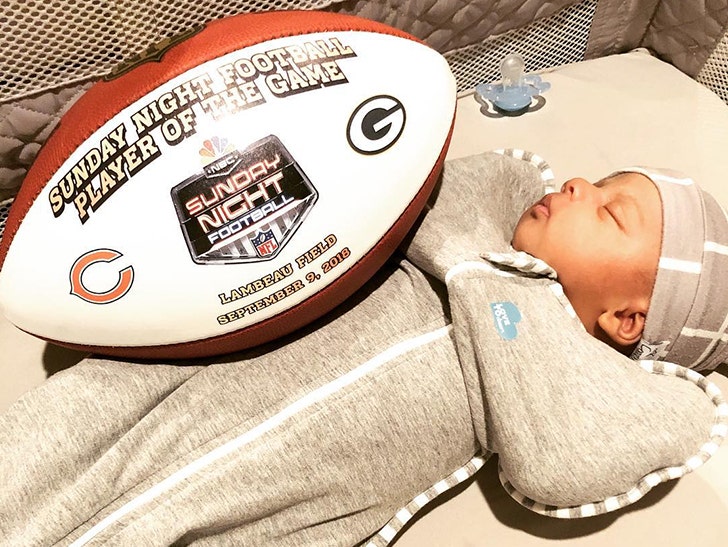 The baby boy -- Caspian Cyrus Cobb -- is barely a month old ... but little man's already got a piece of Packer history for the rest of his life. 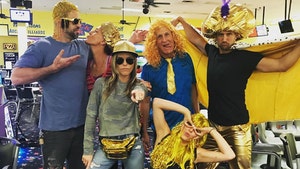 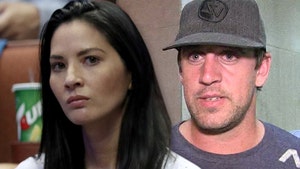