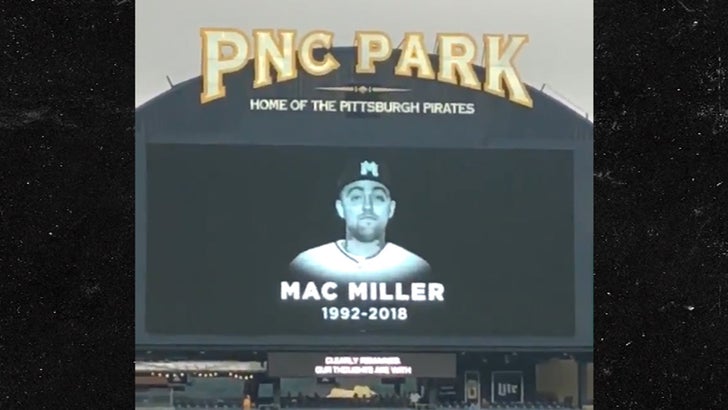 The Pittsburgh Pirates held a moment of silence for Mac Miller before their game Monday -- honoring the late rapper with a tribute video on the PNC Park jumbotron.

Starling Marte, Colin Moran and the rest of the Pirates squad paused for a minute to honor Mac -- a Pittsburgh native who died of an apparent overdose earlier this month.

The Pirates' PA announcer said over the park's loudspeakers as a video of Miller in a Pirates jersey played, "Mac was a rapper, a singer, a producer and had a very bright future in the industry ahead of him."

"Locally, Mac is remembered as a hometown kid who sang about our city where his heart clearly remained."

"Our thoughts are with his parents, his grandmother and all of his family and friends who mourn his passing." 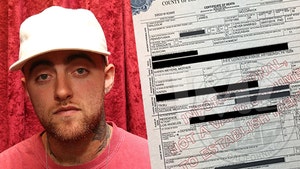