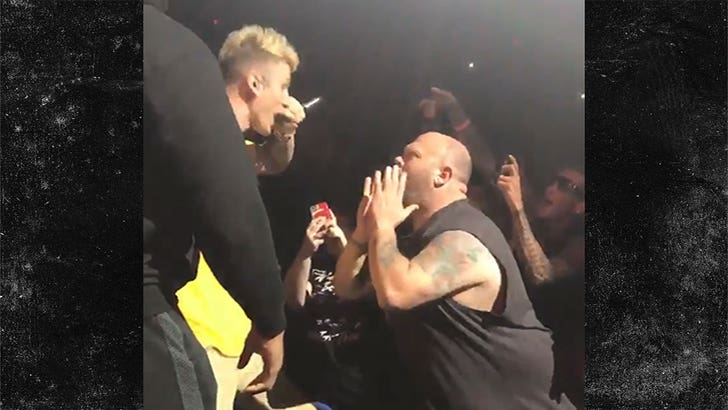 Machine Gun Kelly dodged danger during his concert in North Carolina when a fan got in his face -- but we're calling BS.

MGK was in Greensboro Tuesday night for his tour with Fall Out Boy, and at one point he got down to crowd level and stopped in front of this huge dude who started losing his s*** ... but stopped short of touching Kelly. The altercation looked totally staged.

You see the guy screaming at Kelly, and he even pretends to swing at his junk. Kelly never flinches, and his security on the ground with him doesn't seem too concerned.

It's pretty clear ... MGK's mocking a confrontation he and his security had with an actor named G-Rod. TMZ broke the story, G-Rod saw Kelly at an ATL bar and called him a "p***y" for rapping about Eminem's daughter. It ended up with MGK's security pouncing on G-Rod and beating the crap out of him. 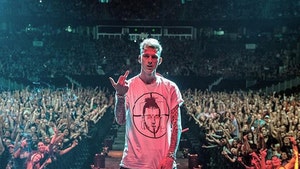 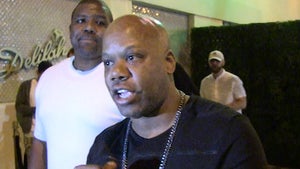