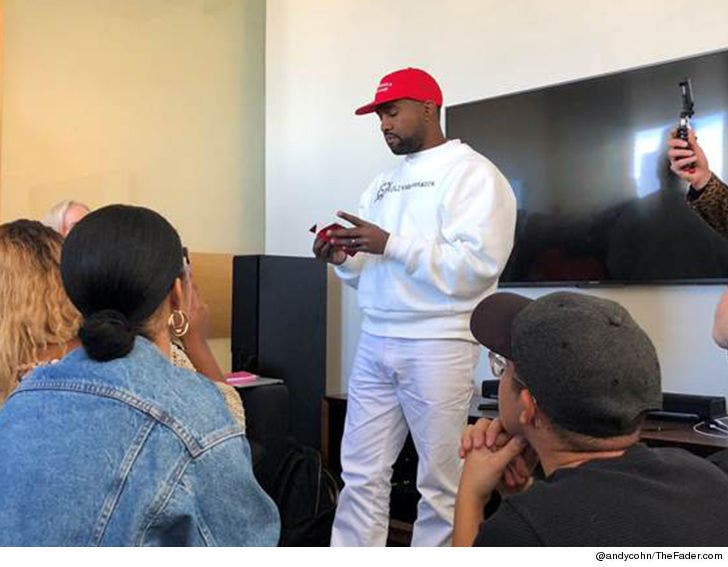 9:55 AM PT -- Kanye just explained to the group he's redesigned the MAGA hat ... changing the brim and the shape of the front of it. He also says he's put "positive energy" in the hat.

“But it’s my hat, I redesigned it. I changed the brim, I mean I changed the shape right here and I put positive energy into the hat.” @kanyewest at the @thefader offices this morning.

Can you support both Donald Trump and Colin Kaepernick at the same time?

Kanye West believes you can ...

The rapper rolled over to the offices of The Fader on Thursday in Trump's "Make America Great Again" hat ... while wearing a sweatshirt with Kaep's name spelled out across the chest. 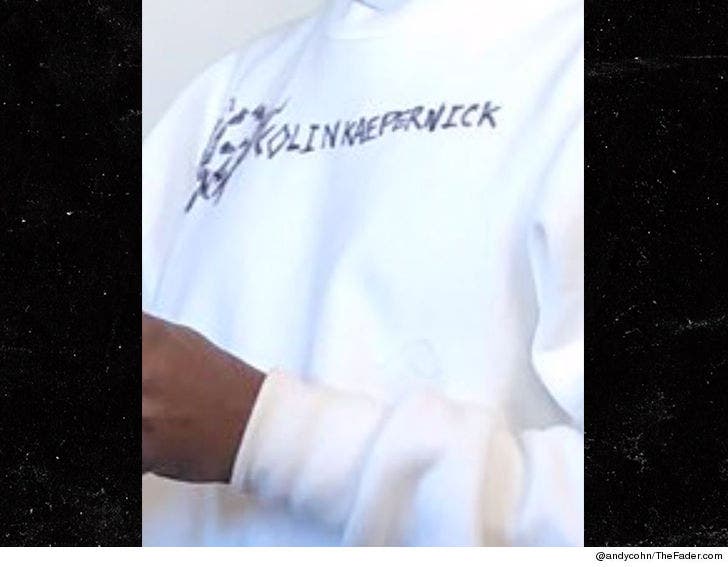 Is he making a point about how he can see both sides? Is he just out of clean laundry?

Remember, Trump famously referred to Colin as a "son of a bitch" and called for NFL owners to fire all players who didn't stand for the national anthem.

But, Ye applauded Nike for signing Kaep to a deal recently -- saying, "I stand for giving everyone a voice."

He added, "Adidas giving me a voice and Nike giving Colin voice on a big business level makes the world a more advanced place." 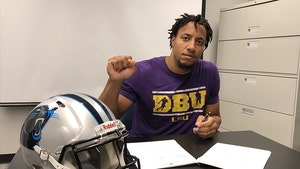 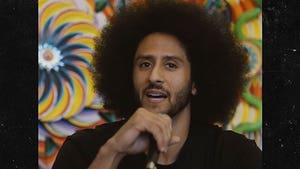