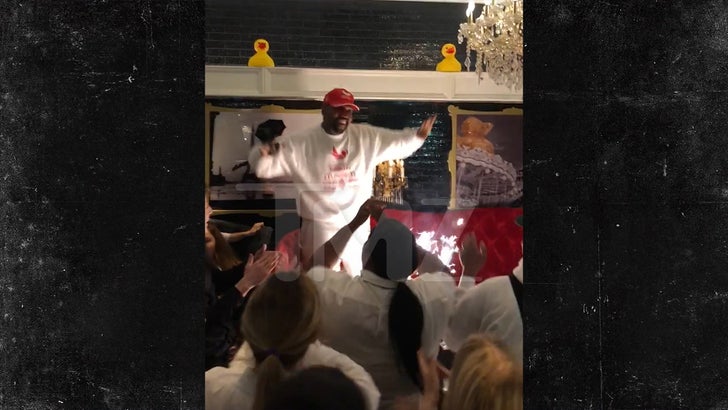 Kanye West and Chance the Rapper are dads about town in Chicago right now -- ready to turn up on a moment's notice ... with their two toddlers nearby to make it even sweeter.

Ye was back in Chicago this weekend, and on Saturday, he took his son, Saint, back to the famous Sugar Factory where he was also joined by Chance and his own daughter, Kensli. Looks like the party was well underway by the time Chano showed ... can ya tell?

In this clip, obtained by TMZ, you see Kanye dancing in his private booth with a decently sized audience around him, clapping to some music. Kanye stands up on the cushion, and then suddenly Chance emerges from the crowd with Kensli in his arms.

Seems Kanye really wanted his Chitown pal to join him onstage on-table ... before quickly realizing he might've been a little too close to the sparklers, and possibly off balance.

Chance eventually indulged Ye and got on up there with Kensli in his arms -- Ye did the same with Saint. Yeah, these two are giving Eddie Murphy and Jeff Garlin a run for their money. 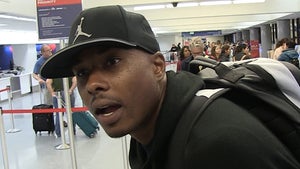 Kanye West Gets Offer From Quentin Richardson To Help In Chicago