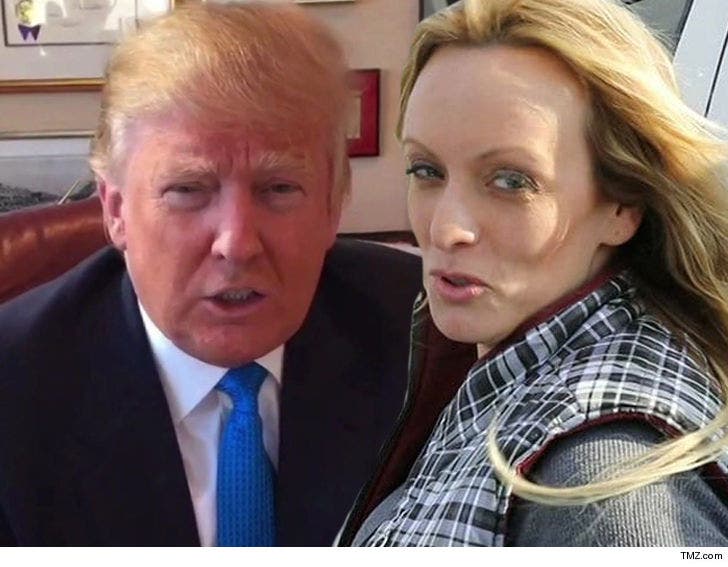 Stormy Daniels is taking an "L" in court in her legal war with President Trump -- a judge just dismissed her defamation suit against him.

Stormy had sued the Prez for saying she lied about the mysterious man she claims threatened her in 2011 to stop talking about Trump. She had even released a sketch of the man ... which Trump immediately shot holes in on social media.

He tweeted, "A sketch years later about a nonexistent man. A total con job, playing the Fake News Media for Fools (but they know it)!"

Monday, a federal judge tossed the suit, describing the tweet as "rhetorical hyperbole" against a political adversary. The court said it would be an unreasonable standard if politicians could sue every time an opponent fired verbal jabs.

It's interesting because ... the judge is characterizing Stormy as a politician. In the rule, he wrote ... Stormy had tried to "publicly present herself as a political adversary to [Trump]."

Her lawyer, Michael Avenatti, plans to appeal the dismissal. If that's unsuccessful, Stormy will have to pay Trump's attorney fees.