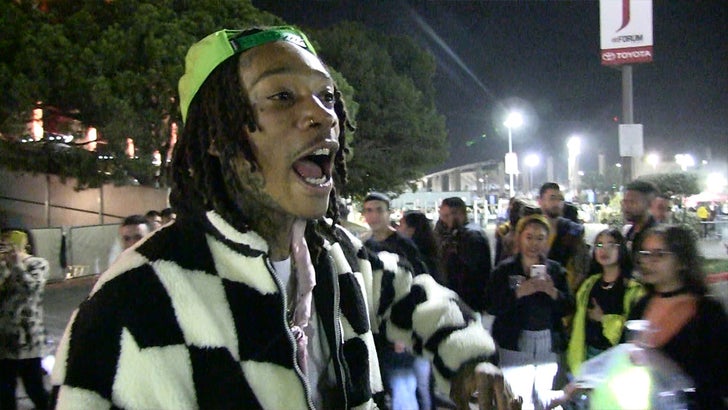 Wiz Khalifa is so jacked up about his song with Tyron Woodley ... he's tellin' TMZ Sports 100 different versions of it are on the way!!!

We got Wiz leaving The Forum on Wednesday night when we brought up the magic words that turned him from laid-back rapper to hype man ... "Your track with Tyron Woodley."

Of course ... Woodley made the anthem with Wiz a few weeks ago -- and even rap legends like Snoop Dogg have hit up the UFC star asking to be on the remix!

Count Wiz in as one of the people who loves it ... 'cause he says a music video AND a TON of remixes for it are up next!!!

As for if Khalifa wants to keep collabin' with fighters down the road ... he says of course -- "Every last one of them, man!" 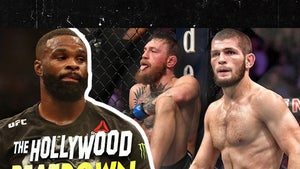 Tyron Woodley Says Khabib's Friends Won't Get Fired, At Least Not Yet 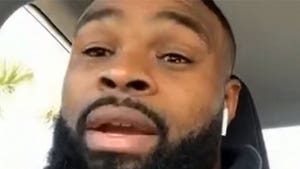