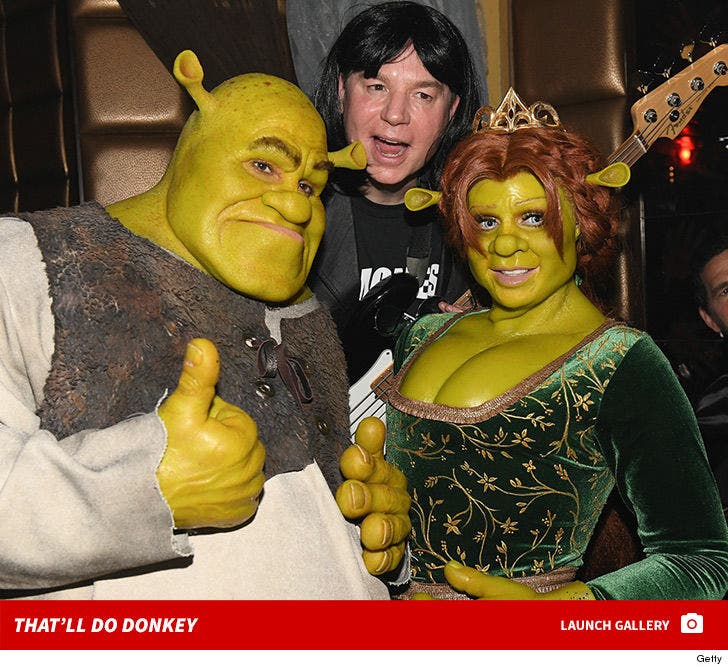 Heidi Klum's incredible Halloween party is like an onion -- it's got layers of awesomeness, baby -- starting with the fact she rocked an amazing "Shrek" costume ... in front of Mike Myers!!!!

Klum used a team of makeup artists and prosthetics experts to put together a super detailed Princess Fiona getup ... and after hours and hours of prep, the big reveal TOTALLY DELIVERED!

Of course, Heidi's boyfriend, Tom Kaulitz, went as Shrek -- and when Mike Myers (the VOICE of Shrek) turned up, they had to bring him in for a photo.

The party was a huge hit -- with some guests even copping a feel of Fiona's giant fake boobs (with consent).

It all went down at Lavo Nightclub in NYC -- with a crazy guest list that included everyone from Mel B to Ice-T to Neil Patrick Harris, Questlove and Zac Posen.

The Weeknd and Bella Hadid went as Beetlejuice and Lydia. Kat Graham went as The Mask. Harry Connick Jr. trotted out his New Orleans Saints uniform.

There were sexy people. Scary people. And, funny people.

And, while we LOVE Daymond John, dude went in a simple skeleton jumpsuit -- COME ON, MAN!!!! 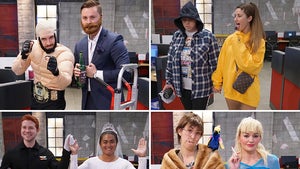 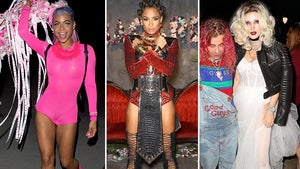 Celebs Do Halloween in Freaky, Macabre and Revealing Costumes