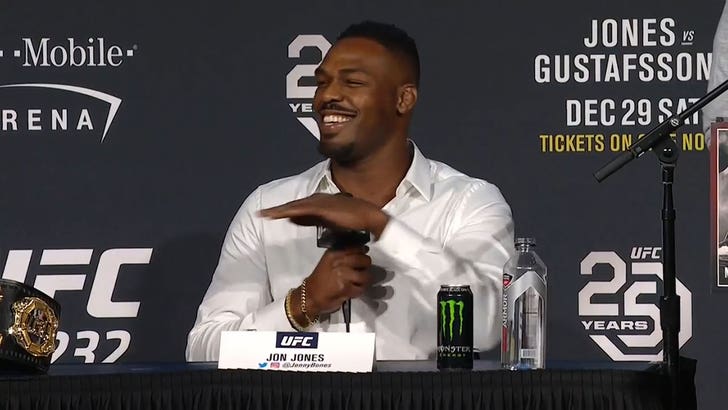 The UFC superstar was asked to reflect on what he's learned during his 15-month suspension ... and that's when someone in the crowd shouted, "No more dick pills!"

Remember, Jones was busted for an illegal substance before UFC 200 back in 2016 -- and blamed it on sexual enhancement pills.

So, when the heckler brought it up at the UFC 232 media event in New York on Friday afternoon, Jones actually AGREED with the guy ... saying, "No more dick pills. I'm good. More foreplay!!"

Jones eventually answered the original question -- explaining that during his suspension, he learned how to put God and family first.

Foreplay though ... that's the real takeaway. 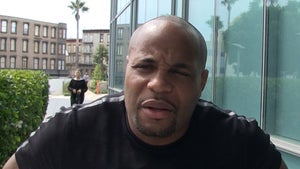 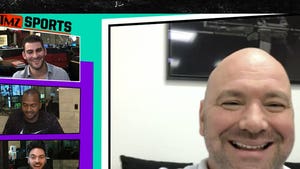