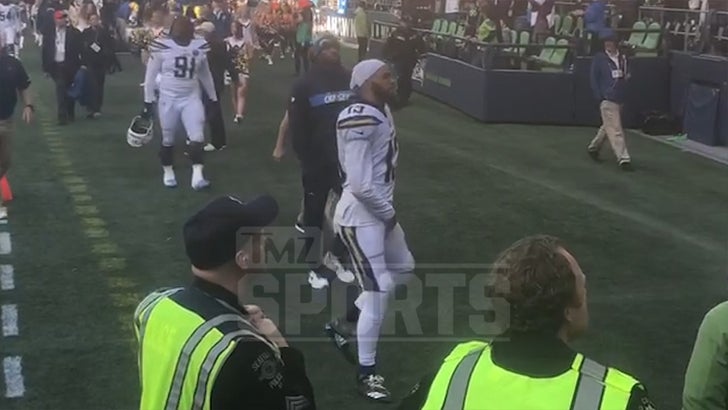 Keenan Allen's got a little bit of Marshawn Lynch in him -- 'cause after the Chargers WR lit up the Seahawks on Sunday, he busted a crotch grab aimed right at some Seattle fans!

TMZ Sports has the footage showing Allen walking toward the tunnel after L.A.'s 25-17 victory over Seattle ... and grabbing his junk while staring at some loud Hawks fans at CenturyLink Field in Seattle.

After two solid pumps -- Allen playfully stuck out his tongue at the fans and continued into the locker room.

Guessing Allen will likely get fined for the gesture. Also guessing he knew that already and didn't care because he's in the middle of a 4-year deal worth up to $49 million (with $20 mil guaranteed).

For comparison, Rams star Marcus Peters was fined $13,000 for busting a crotch grab while diving into the end zone earlier this season (in a tribute to his pal, Marshawn Lynch).

Peters later commented, "It was a lot of money, but it was worth it." 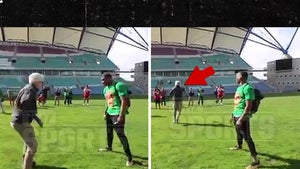