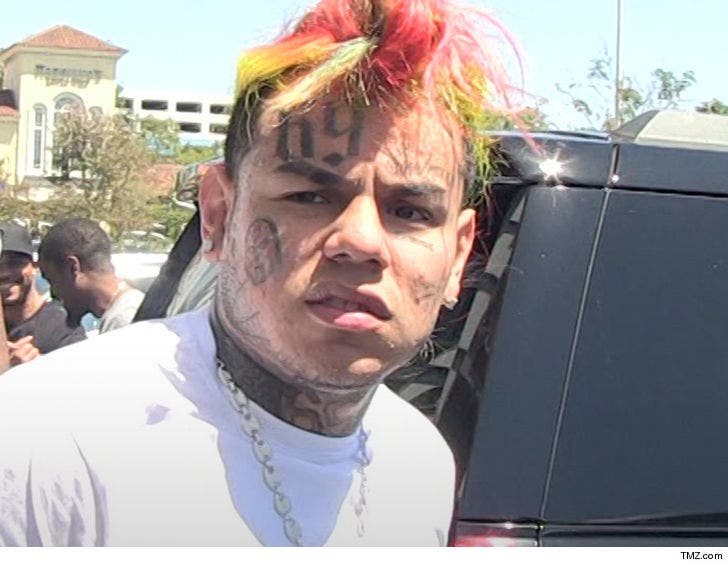 Tekashi69's lawyers should be hosting "Let's Make a Deal" ... 'cause they struck another sweet one for him in his alleged assault of an NYPD officer.

The rapper actually showed up for court Wednesday morning in Brooklyn and entered a guilty plea to disorderly conduct and, in exchange, prosecutors dropped the misdemeanor assault charge he'd been facing.

TMZ broke the story ... cops busted Tekashi in May because he was driving on a suspended license. During the arrest, he allegedly squeezed an officer's hand. Gotta say, of all his cases ... this was the least gangsta.

For the disorderly conduct, the judge gave Tekashi a conditional discharge. His attorney, Lance Lazzaro, tells us that condition is 6ix9ine's gotta stay out of trouble for a year. If not, he could face immediate jail time.

He's been clearing the decks on several of his legal issues. The judge in his child sex case told Tekashi the same -- stay out of trouble -- 3 weeks ago when he got probation.

Of course, a few hours after that, Tekashi's crew was involved in a shooting -- and then there were the shots fired at his Bev Hills music video set. 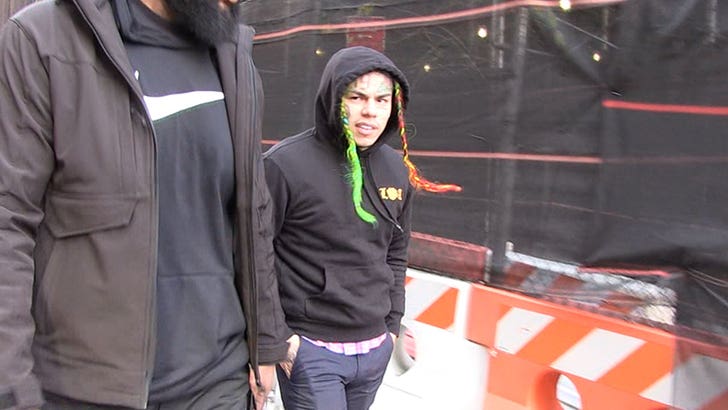 We got him walking out of the Brooklyn courthouse and, maybe not shockingly, he seems unfazed by all the recent gunfire. 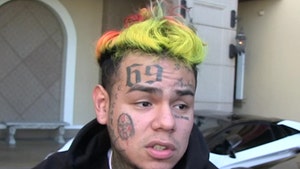 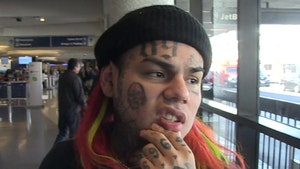