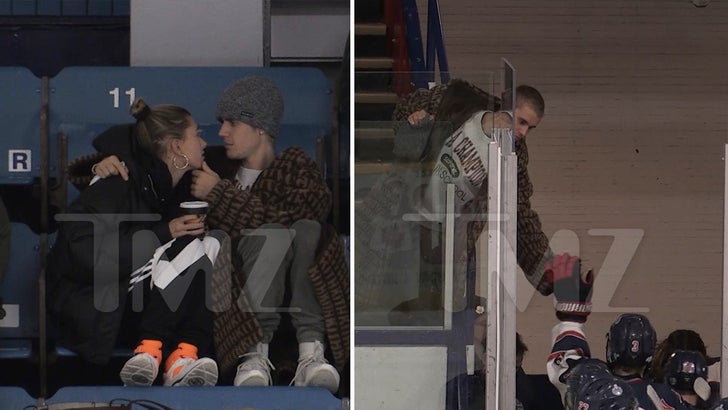 JB and HB seemed somewhat more into themselves than the game, as the Stratford Warriors battled the Kitchener Dutchmen. Justin cheered on Stratford -- his home team as they scored a goal.

Justin's grandparents were beside them in the stands, as Justin and Hailey joined in the chuck-a-puck, a Canadian Junior Hockey tradition where fans buy pucks for a buck to raise funds for the team, and then throw the pucks onto the ice during intermission. The person who throws the puck closest to the center wins a prize.

As for Justin's team, they didn't win but they didn't lose either ... final score was 2-2. 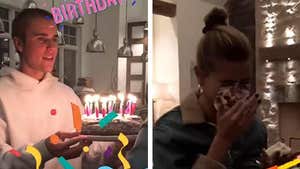 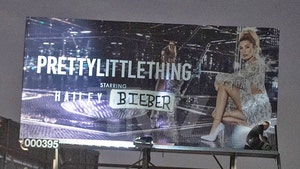