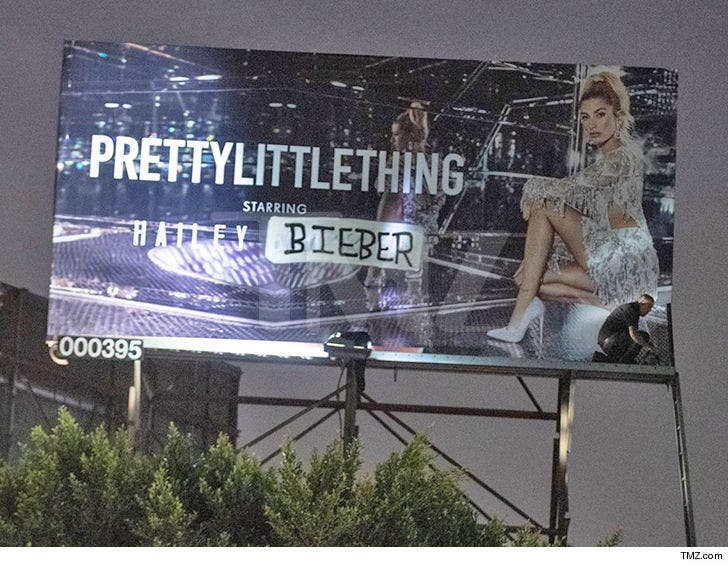 Someone really wants Hailey Baldwin to drop her name and publicly take Justin Bieber's -- a demand they boldly made by tagging her L.A. billboard.

Check it out ... we got pics and video of a man spray painting -- aka vandalizing -- Hailey's PrettyLittleThing billboard Monday night. As we told you, Hailey changed her Instagram handle to @HaileyBieber over the weekend, but that clearly wasn't enough for this guy. 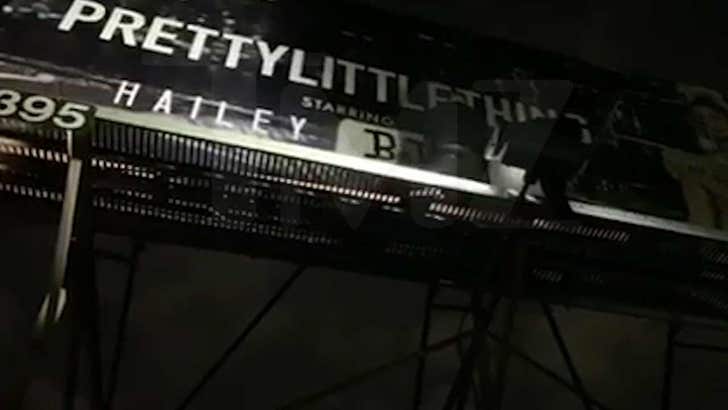 The guy first covered "Baldwin" with white spray paint, then scribbled "Bieber" over that in black paint. We'll give him this ... he's efficient. The entire process only took a few minutes.

The billboard is on Fairfax Avenue ... not far from The Grove. Looks like the tagger had to sneak onto the roof of an art gallery to access the billboard's ladder.

The advertisement stood unscathed for about 2 weeks -- before Captain Change-a-Name jumped into action. 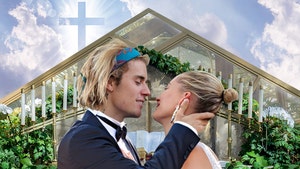