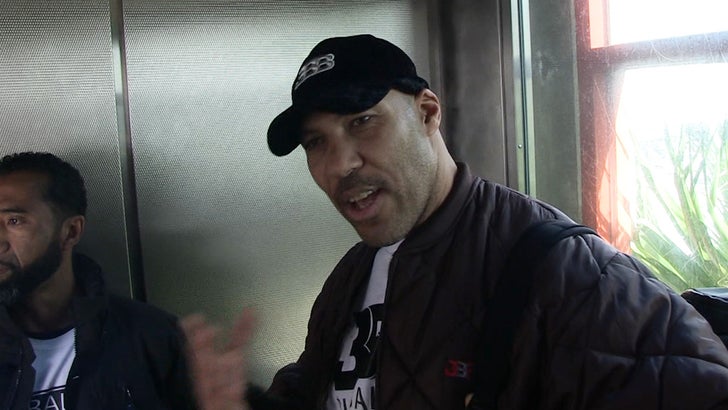 There's a ZERO percent chance LaMelo Ball will follow in his bro's footsteps and play at UCLA next season ... so says LaVar Ball who tells us he's still furious over the way the school treated LiAngelo.

17-year-old LaMelo is playing pretty well at the Spire Institute in Ohio -- and recently dropped 30 points during a game in Atlanta.

LaVar tells us his son is "better than LeBron" was as a teenager -- calling him "unbeatable" and "the coldest person on two feet."

So, where's he gonna play his college ball next year? Definitely not in Westwood.

Remember, LiAngelo withdrew from UCLA after the shoplifting incident in China. UCLA had suspended him indefinitely but that didn't sit well with LaVar.

"Suspend him and don't tell him when he supposed to be able to play and all that? No, they ain't behind him like that. One mistake and now you put him to the side and act like he's supposed to come the next year?"

LaVar says he's also upset that UCLA forced LiAngelo to wear #15 when he wore #3 all his life -- "so it started off wrong."

As for LaMelo, Ball says he'll start taking recruiting trips to colleges "when he feels like it."

LaVar's oldest son Lonzo Ball went to UCLA before being selected by the Lakers with the #2 overall pick in the 2017 NBA Draft. 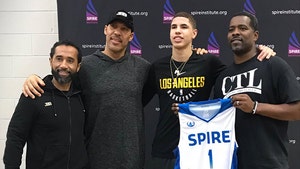 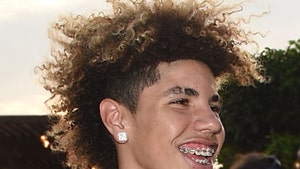