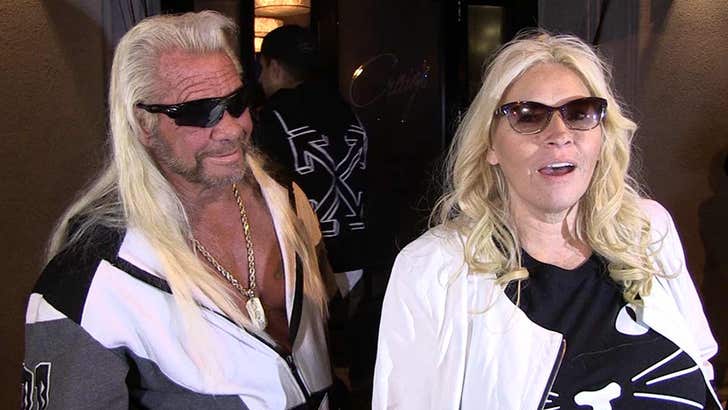 4:05 PM PT -- Sources tell TMZ, doctors who performed the surgery discovered her throat cancer has returned. Doctors say it's too early to give a prognosis, but it's serious. They're currently evaluating treatment options.

2:01 PM PT -- A source tells us Beth's surgery has just ended, and she's now being taken into recovery. We're told her family will have a better idea of how the procedure went shortly.

Beth Chapman -- wife of Dog the Bounty Hunter -- has been rushed to surgery to remove a life-threatening blockage in her throat ... TMZ has confirmed.

Sources tell us it became difficult for Beth to breathe overnight and she was rushed to Cedars-Senai Medical Center early Tuesday morning ... where doctors discovered a large mass in her throat.

Our sources say Beth was just put under anesthesia within the last 30 minutes and her emergency surgery is about to begin.

We saw Dog and Beth leaving Craig's in West Hollywood Monday night -- both seemed to be in great spirits -- with an interesting take on Tekashi69's bail situation. Clearly, things took a turn for the worse once they got home.

Beth underwent surgery last year to remove a cancerous tumor in her throat, which seemed to work.

After her initial cancer diagnosis, Beth told RadarOnline.com, "I've stared down the devil more than once in my life but I've never faced a real life or death decision. My life has never been easy, and I surely don't expect it to start now. Still, I've never been a victim and I won't let cancer beat me."

The family's attorney, Andrew Brettler, tells us Beth's condition is serious and everyone is hoping for the best outcome.

We're told Dog is by Beth's side at the hospital, and more family is on the way. 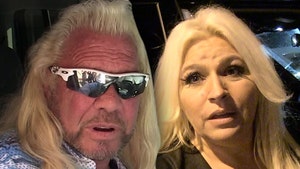