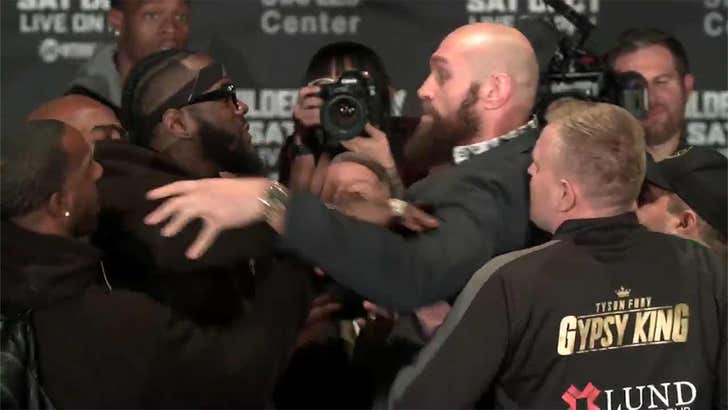 Deontay Wilder and Tyson Fury couldn't wait til Saturday to put hands on each other ... with the two boxers getting in a HEATED scuffle at their press conference -- and it almost came to blows.

The undefeated heavyweight champs were lining up to face-off on Wednesday ... when Deontay started jawing with Fury -- "I’m going to knock your ass out, I promise you that!!"

It's tough to make out what Fury says in response ... but the dude was NOT having it ... and the 2 eventually traded shoves before getting separated.

Lucky for us ... we get to see these guys try to bash each other's faces in during their fight at Staples Center this weekend ... and it couldn't come any sooner. 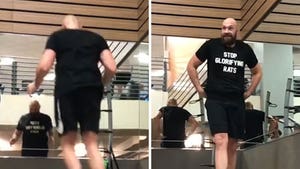 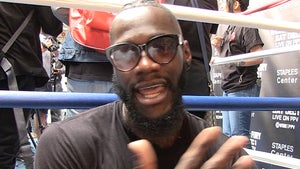