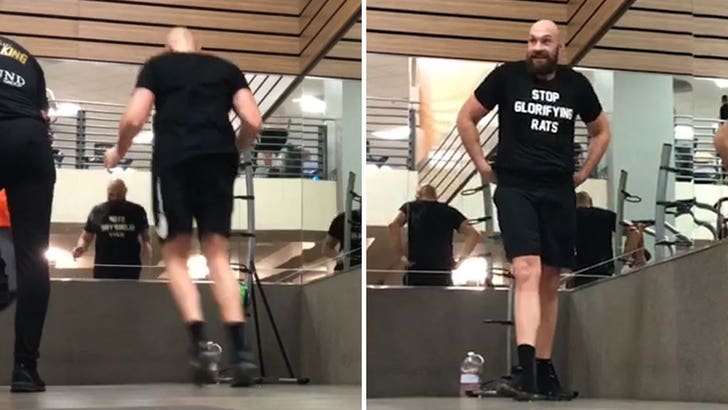 No days off for Tyson Fury -- the boxer took over a section at one of the bougiest gyms in L.A. to drill down on his footwork ... right next to a buncha normies!

With just 23 days until his massive fight with Deontay Wilder, the Gypsy King hit up Equinox in L.A. -- a private gym where some of the richest people in town get a workout.

So, while regular, non-global boxing superstars were trying to knock out some pull-ups and elliptical work (good job, btw) ... Fury's trainers were cracking the whip to get him ready for Dec. 1.

What's more impressive ... this is Fury's 3rd fight since his life went into a drug and booze-fueled tailspin a few years ago. The comeback story is truly inspiring.

Tyson opened up about his struggles on "The Joe Rogan Experience" podcast recently saying things got so bad, he blew up to 400 pounds and thought about quitting boxing forever.

But, Fury got his life together now -- he's quit the vices, lost the weight and won his last 2 comeback fights.

Now, he's getting his body ready for Deontay Wilder -- one of the most violent men in combat sports -- and Tyson says he's been laser-focused on getting the W. 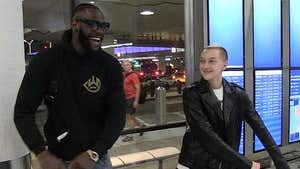 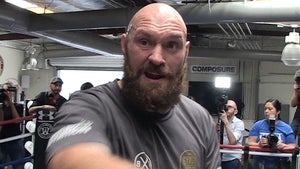