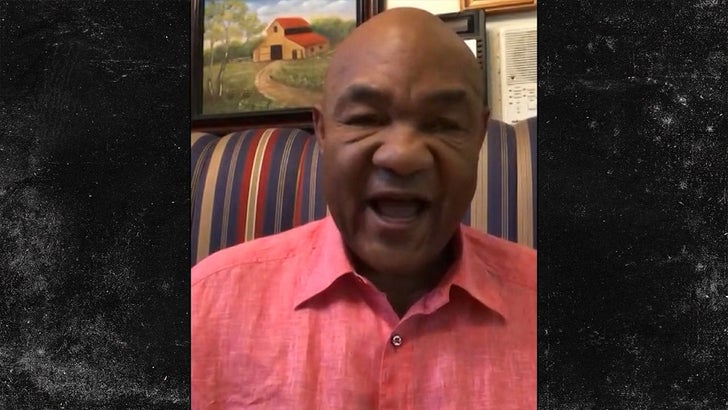 George Foreman doesn't know who's gonna win the MASSIVE heavyweight title fight between Deontay Wilder and Tyson Fury on Saturday, but he does know one thing ...

BOTH men woulda kicked the ass of a young George Foreman.

We talked to George, a two-time heavyweight champ and the oldest man to ever win the crown, and he told us he thinks both Wilder and Fury would have been a little too much for him to handle.

"I don't think I could've been able to get a good shot on Tyson Fury at all. He's too elusive."

"With Deontay Wilder, I'd have to protect myself so much I'd been in danger from round 1 to the final round."

As a matter of fact, Foreman thinks so highly of the two fighters he says their matchup on Saturday is going to be an EPIC brawl for the ages.

"I can say that, when it does take place, it'll be the world's greatest heavyweight matchup. For the world. Not America. A world championship boxing match. And, there's nothing better you can put together. Not today."

So here's the thing ... we love George, and fully admit he's forgotten more about boxing than we'll ever know. But, we're not so sure about this take. Dude was a BEAST, and beat an UNDEFEATED Joe Frazier.

But, honestly ... we're still afraid of him, so we didn't wanna argue. 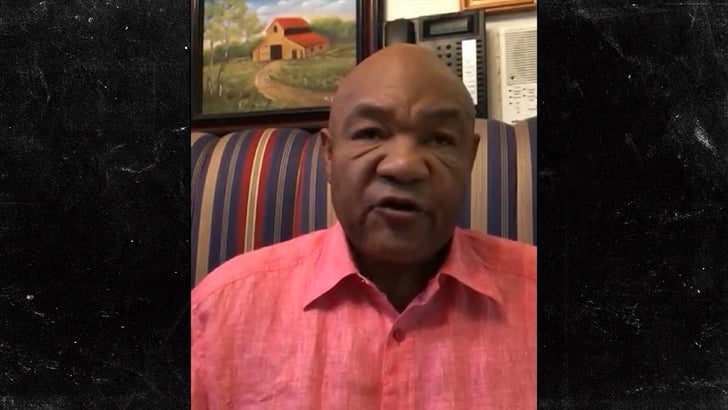 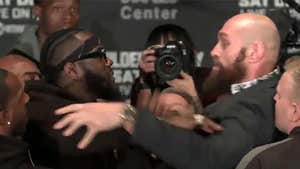 Deontay Wilder and Tyson Fury in Heated Altercation During Face-Offs