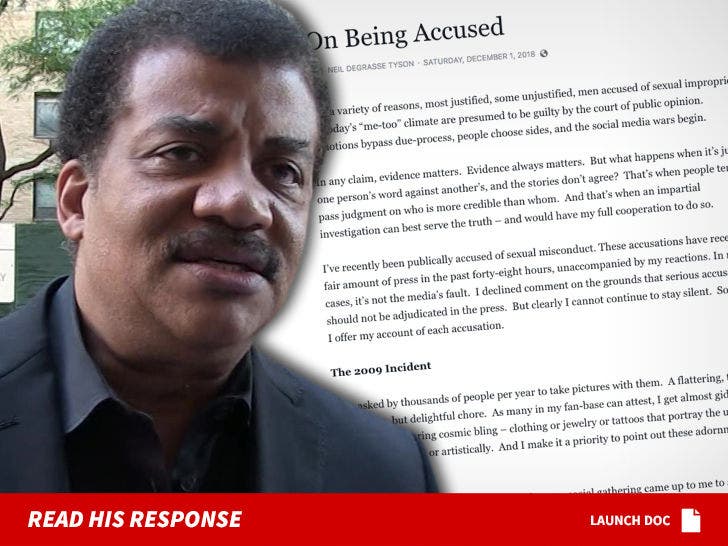 3:00 PM PT -- Tyson's responded to the multiple allegations -- with his personal account of each one -- in a long online post titled "On Being Accused." He says he welcomes and will fully cooperate with an impartial, independent investigation into the claims.

Tyson insists he didn't grope Allers, but simply searched under the covered part of the shoulder of her sleeveless dress to check out her tattoo. He says he found out she thought it was creepy 9 years later, and is "deeply sorry to have made her feel that way."

As for his former assistant, Tyson admits to clumsily telling her ... "If I hug you I might just want more," but claims the 2 had a genuine friendship and denies any sexual misconduct.

Neil ends his post by asking ... "I’m the accused, so why believe anything I say? Why believe me at all?"

FOX and National Geographic, which co-produce "Cosmos", say they are looking into the allegations which surfaced this week. Patheos published the claim from Bucknell University Professor Dr. Katelyn Allers that Tyson groped her in 2009.

She claims they met at the American Astronomical Society's conference in Long Beach, CA, and that Tyson took an interest in her solar system tattoo ... which starts on her arm and extends onto her back. She claims he grabbed her arm and followed the planets into her dress. She didn't describe it as an assault, but more like "creepy behavior."

One of Tyson's former assistants, Ashley Watson, told Patheos she eventually quit because he made multiple sexual advances, and made misogynistic comments around the workplace.

We've reached out to Tyson's office, but no word back yet. 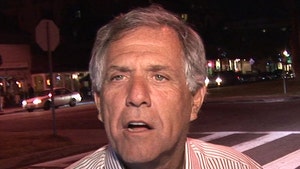