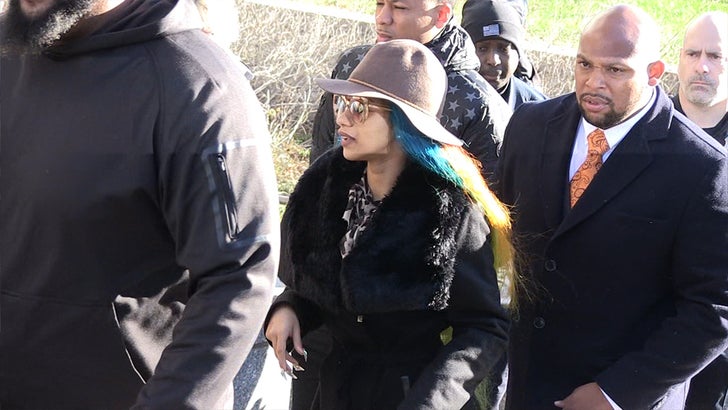 6:40 AM PT -- The hearing's over. Prosecutors wanted Cardi's bail to be set at $2,500, but the judge released her with no bail and said he didn't think the rapper was a flight risk.

The judge DID give Cardi a stern warning to have NO contact whatsoever with Baddie Gi and Jade. After issuing protective orders for the alleged victims, the judge told Cardi "no contact" includes making threats or comments on social media about the bartenders.

She's scheduled to be back in court next month.

Cardi B's not messing with the judge in NYC, she showed up bright and early for her court date ... dodging some serious legal trouble.

The "Money" MC was swarmed by photogs as she showed up for the arraignment in her strip club beatdown case -- 4 days after missing the scheduled date. As she made her way through the crowd, she asked ... "Am I this famous?" That's a yes, Cardi.

TMZ broke the story ... the judge gave her an extension on Monday, and warned if she didn't show on Friday there would be a warrant issued for her arrest.

Cardi's accused of unleashing her posse back in August on two strip club bartenders -- Baddie Gi and Jade -- who she suspected slept with her husband, Offset﻿.

She was arrested and booked in October for assault and reckless endangerment ... both misdemeanors. 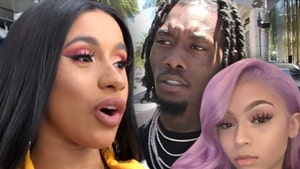