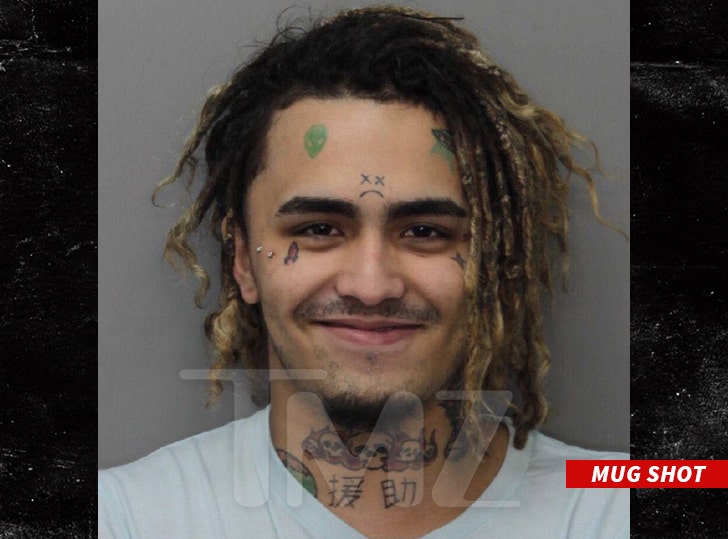 12/14 8:50 AM PT -- According to court records, Pump and his manager entered a not guilty plea for the misdemeanor charge of disorderly conduct through their attorney.

-- ﻿﻿﻿Law enforcement sources now confirm Pump's story. The baggage handlers who were putting luggage in the baggage compartment smelled a strong odor of weed coming from a bag labeled Garcia -- Pump's government name. The captain then went to Pump and the rapper felt the pilot was being accusatory. The pilot eventually kicked Pump and his manager off the plane for being disruptive and it continued to get contentious in the terminal when cops were talking to them, so both were arrested for disorderly conduct. The bag, which was owned by a member of Pump's crew, was opened and NO DRUGS were inside.

6:15 PM PT -- A source connected with Pump tells TMZ, no drugs were found. The source says TSA flagged a bag that smelled like weed and was "mistagged." Agents questioned Pump, who insisted he was not carrying drugs. The source adds no drugs were found in the bag, which another person in Pump's crew said was his. Pump was arrested along with his manager because they allegedly became disorderly during the argument with TSA agents.

Lil Pump's flight to L.A. was cut short -- as in, he never got off the ground because TSA allegedly found drugs in his luggage ... TMZ has learned.

Pump was flying from Miami Thursday afternoon, and our sources say he and his crew had all boarded the flight, but before it pushed back from the gate ... a flight attendant told them there was a problem.

We're told Pump and co. were booted off the flight, and cops met them in the terminal to question Pump about what 2 airline sources said were drugs found in a checked bag with his name on it.

The flight was delayed over an hour, and we're told cops are talking to Pump right now. 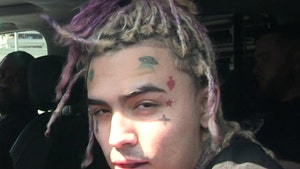 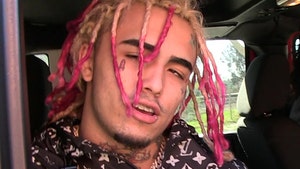