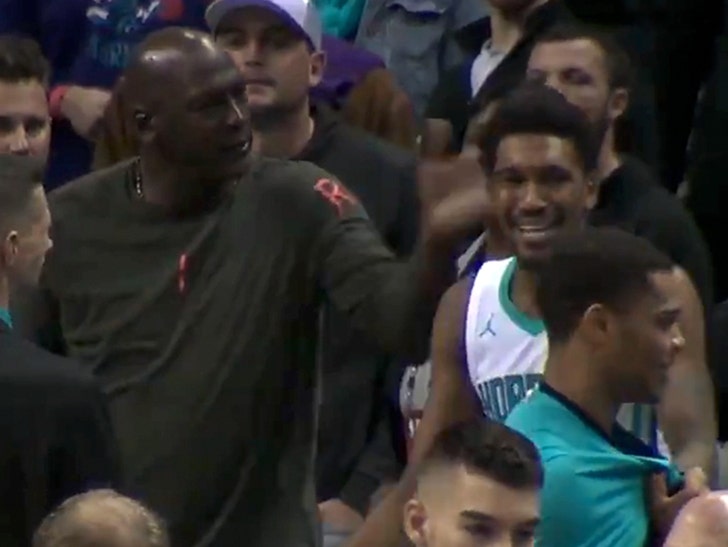 "It was like a big brother and little brother tap," Jordan told the Associated Press ... "No negative intent. Only love!"

Here's the deal ... MJ is the principal owner of the Charlotte Hornets and Monk got a really stupid technical foul that coulda cost the team the game.

So, MJ reached back like a dad upset with his kid and whacked the 20-year-old in the back of the head ... in front of everyone!!!!

Backstory ... the Hornets were tied with the Pistons in the final seconds of Wednesday night's contest ... when Charlotte's Jeremy Lamb knocked down a deep 2-pointer to go up 108-106. The Hornets bench went wild ... and Monk ran on the court to celebrate.

Only one issue -- THE GAME WASN'T OVER YET.

#Hornets owner Michael Jordan wasn't too happy with Malik Monk after he ran onto the court before the game was over and got called for a technical 😭😂@WCCBCharlotte pic.twitter.com/575UlSeZNz

Refs checked out the replay, and the Pistons were awarded a 1-shot technical.

Jordan got SO pissed at Monk that he let his left hand fly. Had to be embarrassing for the kid.

The Hornets ended up holding on for the win ... so MJ was able to laugh it off.

But, imagine if the Hornets lost ... dude woulda been on the next flight outta Charlotte.

Here’s Jeremy Lamb’s 3 pointer to put the #Hornets up 2. You can see Malik Monk run on the court in excitement. Results in a tech. pic.twitter.com/niyHXm2B4C 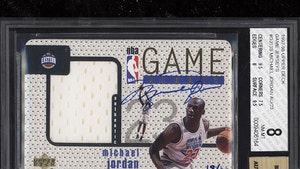 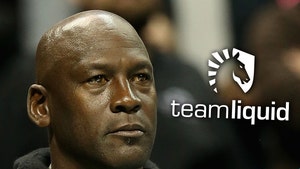