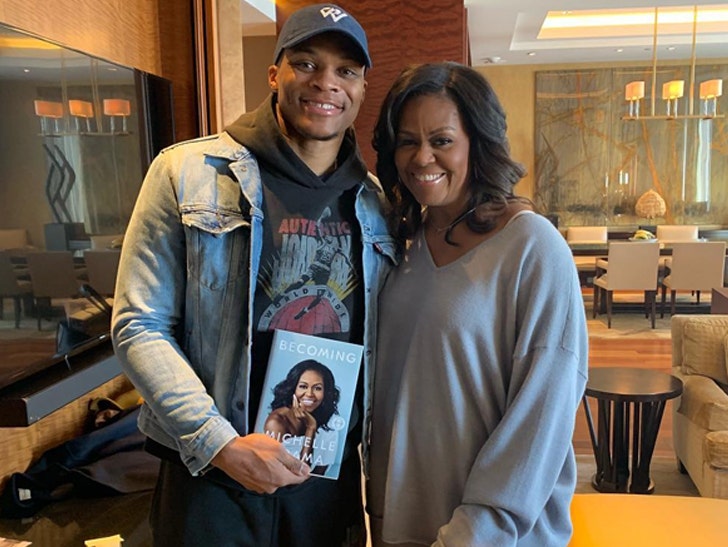 Russell Westbrook had touched down in Denver -- getting ready to take on the Nuggets -- when all of the sudden ... BOOM, IT'S MICHELLE OBAMA!!!

The Oklahoma City Thunder star has a game Friday night at the Pepsi Center -- the same spot where Michelle O had a big event Thursday to promote her book, "Becoming."

Unclear who spotted who ... but Russ was definitely excited to see the former First Lady and posted the pic on Instagram.

"It was insane running into Michelle Obama. She has been such an inspiration to my family, and I can't wait to read her new book Becoming," Westbrook wrote. 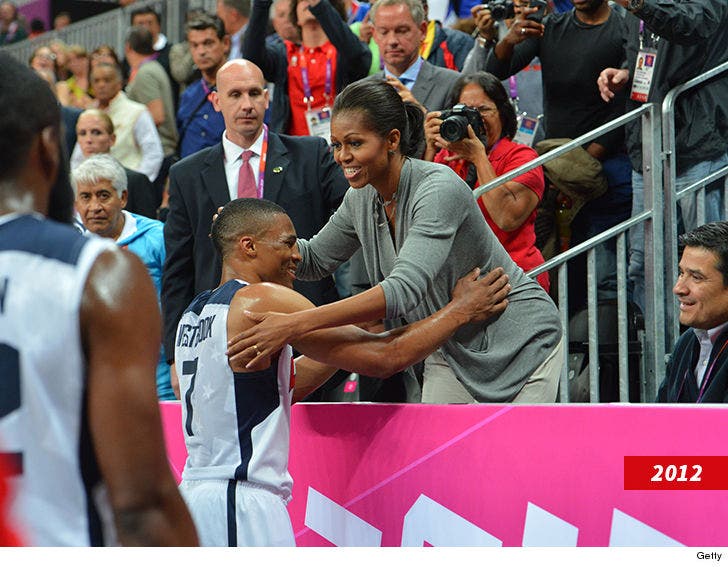 The two have met before -- when they hugged it out at the 2012 Olympic Games in London when Russell and the rest of the Team USA basketball squad dominated France.

Michelle was sitting in the front row for the action and personally congratulated every single player -- from LeBron James to Carmelo Anthony.

And, get this, we've previously spoken with Westbrook about the possibility of the Obamas becoming owners of an NBA team -- and Russ told us he'd be 100% down to play for Barack and Michelle. 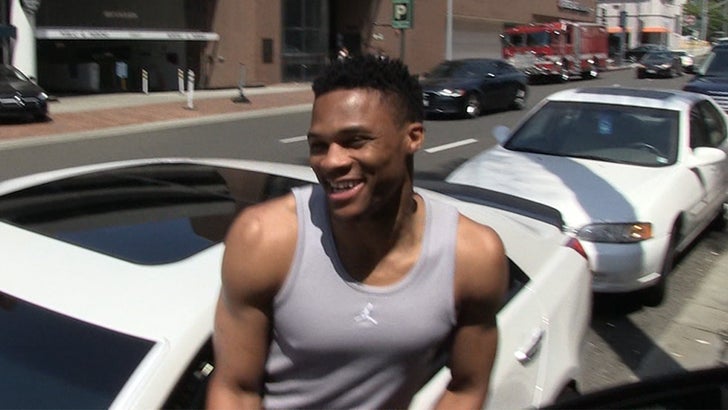 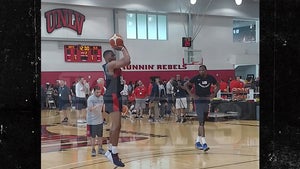 Russell Westbrook Shows Off His Thighs At Team USA Practice 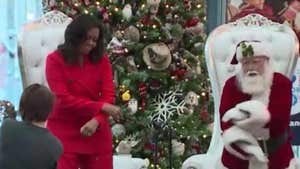