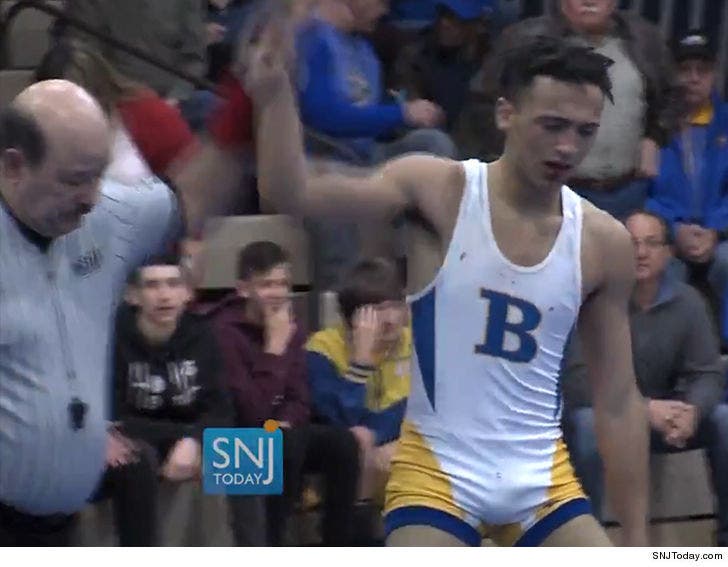 The Buena Regional High School wrestling team announced it will NOT compete in events refereed by the man who forced Andrew Johnson to cut his hair before a match earlier this month.

The Buena Regional school board held an emergency meeting in New Jersey on Wednesday with board members and concerned community members ... and that's where the announcement was made.

As we previously reported, referee Alan Maloney (who is white) told the 16-year-old black wrestler to either cut off his dreadlocks or forfeit the match during a Dec. 19 event.

Johnson -- who was only given 90 seconds to make his decision -- opted for the haircut ... and video of the shameful moment went viral.

Maloney's camp insists the ref was only following strict guidelines about hair maintenance -- and was not being racist.

As for Johnson, Buena has a wrestling match scheduled for Thursday morning -- but an attorney for the student says he will NOT compete because he's overwhelmed by the media attention.

Johnson's attorney says he will wrestle again this season -- but has not announced a return date.