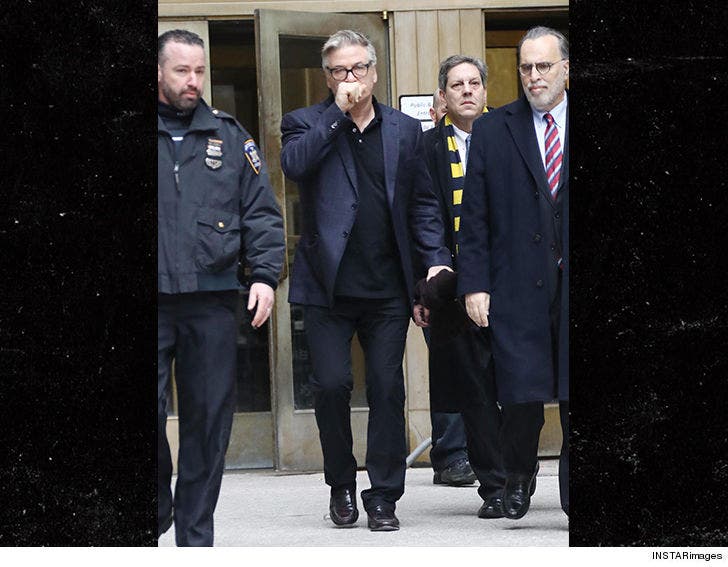 Alec Baldwin just got a great result in his criminal assault and harassment case, after prosecutors realized the surveillance video created huge problems for them.

Baldwin appeared in an NYC courtroom Tuesday and prosecutors revealed they were willing to not only lower the charge to harassment in the 2nd degree, but they also cut a deal in which Baldwin would take a few anger management courses and the whole thing would just go away.

The case involved a parking dispute back in November between Baldwin and another man outside the actor's NYC apartment. Baldwin felt the guy underhandedly swept in and took his spot. The guy claimed Alec punched him in the jaw and filed a police report.

TMZ broke the story that the surveillance video did not show Baldwin punch the guy. Rather, it showed the 2 men shoving each other, which is consistent with mutual combat.

Prosecutors told the judge after reviewing the surveillance video and speaking with witnesses, a lower charge was appropriate.

Bottom line ... this is a win for Baldwin. Although he pled guilty to the lower charge, the case will be closed as long as he completes the courses. His next court date is March 27.