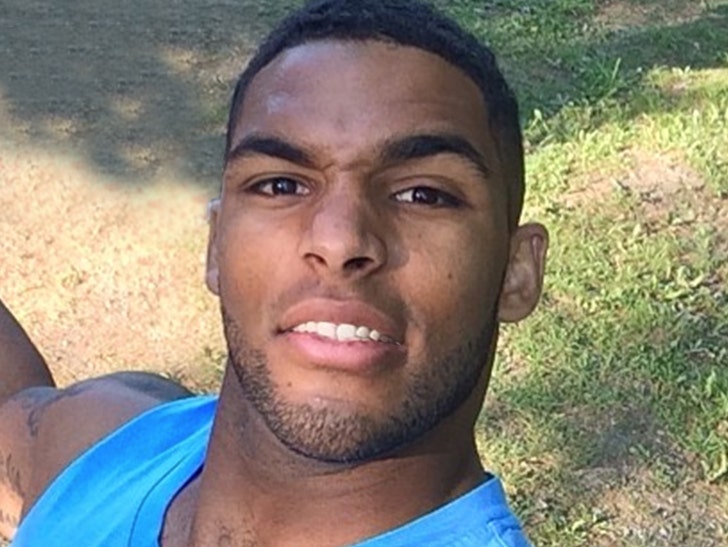 11:00 AM PT -- Law enforcement sources tell us ... Bates hailed a cab in Manhattan and was taken to his hotel in Queens, and the fare totaled $32.06. We're told, he told the driver he didn't have cash or a card and took off ... so the driver called the police.

We're also told before Bates attacked the sergeant at the station, he said, "I want to punch you in the face" ... then did exactly that.

Our sources say Bates has now officially been charged with assault on a police officer and resisting arrest, along with theft of services.

A relatively unknown NFL linebacker just made a name for himself in the worst way ... by allegedly flying off the handle and punching a cop in the face!

According to law enforcement sources ... Lions LB Trevor Bates was arrested around 3 AM Saturday morning at a Hampton Inn in Queens, NY for refusing to pay his cab fare. Cops were called to the hotel and took him into custody for theft of services.

We're told while he was at the local station preparing for fingerprinting, Bates became irate and declared he didn't like one of the officers in the room. He then allegedly punched a sergeant ... causing a laceration above the cop's left eye.

Our sources say the sergeant received 3 stitches and was treated for a concussion at the hospital before being released.

Bates was taken to the hospital, as well, for a psych eval. We're told he has not formally been charged yet for assaulting an officer.

The linebacker played in 9 games this season for Detroit, recording one solo tackle.