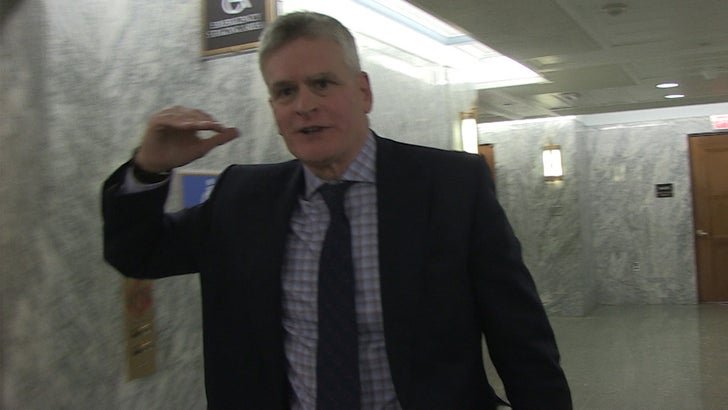 Anthony Davis is SO important to New Orleans ... one of the state's SENATORS reached out to the Pelicans to see if there was any way he'd stay!!!

We got Bill Cassidy -- the Louisiana politician who recently gained fame for blasting the NFL on the Senate floor -- and had to ask ... would he make a similar pitch for A.D. to stay??

That's when he revealed he had already reached out to New Orleans' owner ... and learned the sad news -- A.D.'s a goner.

"I spoke to the owner, Gayle Benson -- she says she's willing to meet his price. But, I think Anthony wants something different."

The news is crushing to New Orleans fans everywhere ... especially after the way the Saints bowed outta the playoffs just a few days ago.

But, Cassidy explains why all Louisianians should keep their heads high regardless ... and even gives one more parting shot to the NFL before he tells us goodbye!!!