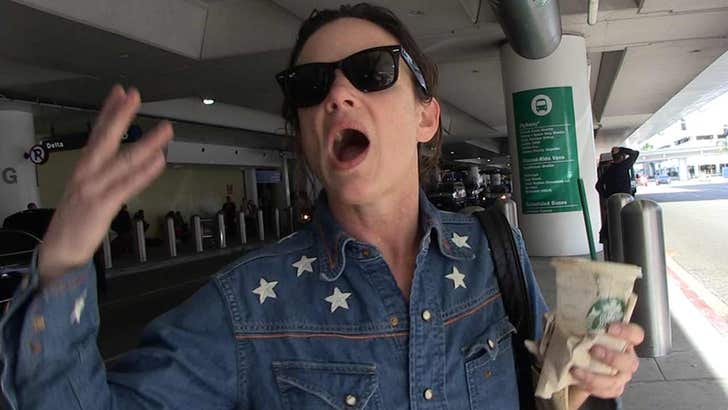 Juliette Lewis isn't down with the notion that Ted Bundy was a "sexy" serial killer ... and she's weirded out by anyone -- especially women -- who thinks that.

The actress and singer was at LAX Tuesday when we asked her about the "hot" buzz around Bundy -- due to the fact that Zac Efron is playing him in the new film, "Extremely Wicked, Shockingly Evil and Vile."

Juliette thinks it's very gross, though she's got no problem with casting the stupidly handsome Efron as the infamous murderer. Her beef's with "weirdo women" who fall for a killer who happens to be charming and good looking -- when his heinous crimes are common knowledge.

As we've told you ... one of Ted Bundy's survivors, Kathy Kleiner Rubin, is fine with the hot take on Bundy in the new movie, as long as people learn a lesson about his evil ways.

Juliette will second that emotion.