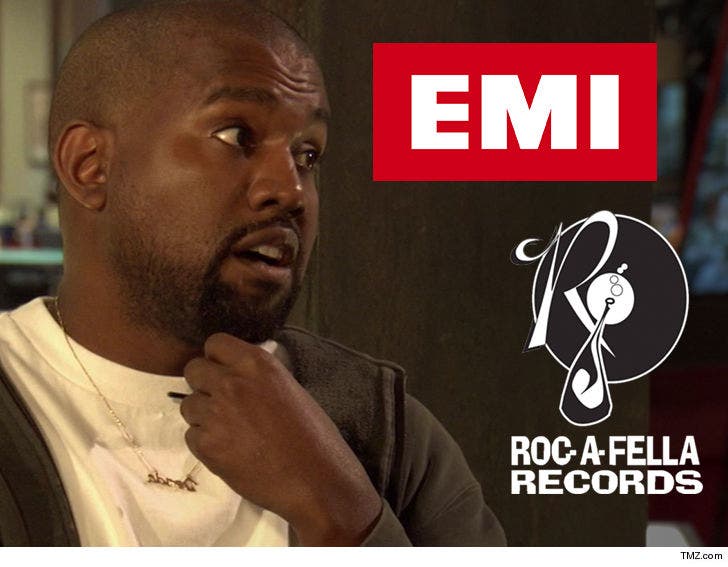 Kanye West says his contract with EMI amounts to servitude and claims he's entitled "to be set free from its bonds."

Kanye has just filed new legal docs in his lawsuit against EMI and Roc-A-Fella Records. He says the deal he signed with EMI effectively has no time limit ... it could last the rest of his natural life.

He notes in California, personal services contracts cannot last longer than 7 years because they amount to "servitude."

According to the deal, he's required to deliver a certain number of songs and, until they are delivered, the contract remains in full force and effect. Problem is ... that could last 1 year or 80 years.

Kanye wants a judge to cut off the EMI contract as of 2010, which would revert all of the rights of his songs back to him. The year 2010 is important because that's the 7-year mark of his deal.

Some songs of note Ye released in 2010 and after include megahit "All of the Lights," along with "Power" and "Monster" from his "My Beautiful Dark Twisted Fantasy" album, "Otis" and "Ni**as in Paris" from the "Watch the Throne" album, "Bound 2" from Yeezus and "Famous" from "The Life of Pablo."