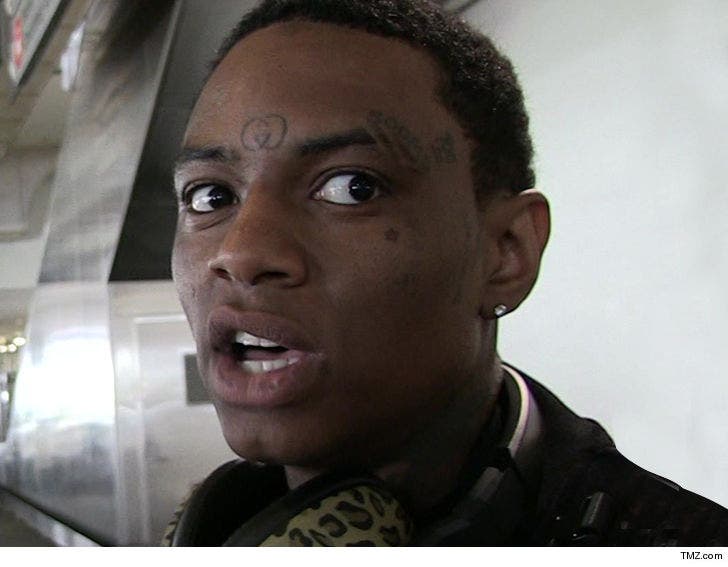 A woman told police Saturday Soulja Boy kidnapped her but his manager is calling BS ... TMZ has learned.

Sources familiar with the allegations tell TMZ, a woman named Kayla was at Soulja's home in Agoura Hills just outside of L.A. Friday night, but at around 2:30 AM Saturday they began arguing and she was told to leave.

We're told Kayla -- who was apparently dating Soulja -- got in her car, put it in reverse and backed down the driveway, where she clipped the curb. We're told Soujla's assistant was outside and witnessed it, and became "agitated" and the 2 started fighting.

Sources connected to Kayla claim Soulja came out and tried to break the fight up, but Kayla claims he punched and kicked her while she was on the ground, and then took her inside the garage and tied her to a chair with an extension cord.

The sources say Kayla was tied up for 6 hours.

We're told she was released, went home and contacted police Saturday morning. We're told she went to the hospital where she was treated for her injuries and was discharged late Saturday night. She claims she has 3 fractured ribs and a concussion.

Law enforcement acknowledges someone filed a kidnapping report Saturday morning and there is "an active investigation" but they would not divulge the name of the suspect or the alleged victim.

Soulja is on 5-years probation for a weapons conviction. He is not allowed to threaten anyone or possess any deadly weapon.

We reached out to Soulja multiple times but he did not pick up. Soulja's manager tells TMZ he has not been able to reach the rapper but insists the claims are BS because Soulja "always calls me if there's any problem, and he did not call."