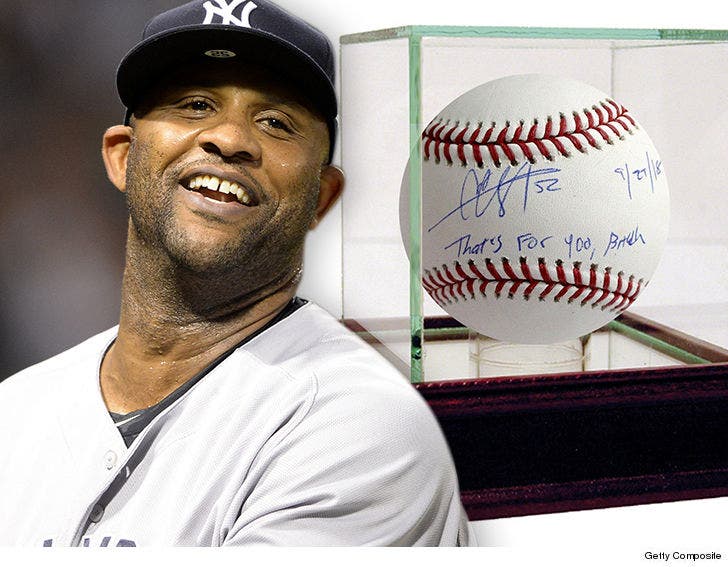 Those are the words CC Sabathia yelled at the Rays dugout after he was ejected in a game last season ... and now they're the words CC's autographed on baseballs you can own!!!

ICYMI ... the Yanks were in the middle of a blowout game last September -- when Sabathia retaliated after one of his teammates was nearly beaned in the head by a Rays pitcher.

Sabathia plunked Josh Sucre with a 92-mph dart square in the hamstring as payback ... and was immediately ejected.

On his way out, Sabathia pointed toward the Tampa dugout and famously yelled, "That's for you, bitch."

The craziest part of the story ... Sabathia only needed six more outs in the game to reach a $500,000 incentive in his contract -- but blew that off in order to have his teammate's back.

The Yanks later paid out the bonus anyway ... and to commemorate the whole incident -- Sabathia signed baseballs with the curse-word inscription for Steiner Sports. 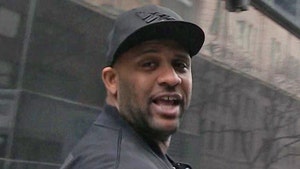 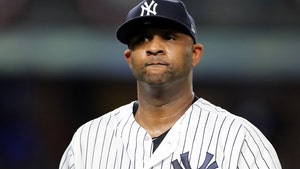