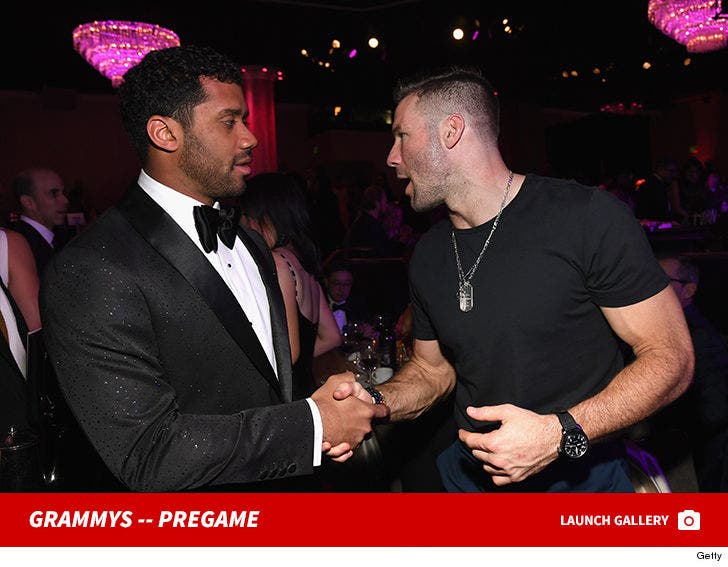 Julian Edelman and Russell Wilson found each other at a pre-Grammy bash at the Beverly Hilton on Saturday -- and seemed to get along really well!

So, what did they have to talk about? Both guys are Super Bowl champs -- Wilson led the Seahawks to a victory over Peyton Manning's Broncos in Super Bowl 48.

Obviously, Edelman was at the Grammys to present an award and Wilson was there to support his R&B star wife, Ciara.

They weren't the only athletes on hand ... Chris Bosh was also at the party. He's got 2 NBA championship rings.

Bottom line -- lotsa winners in Bev Hills over the weekend. 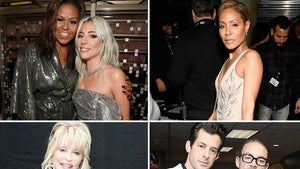