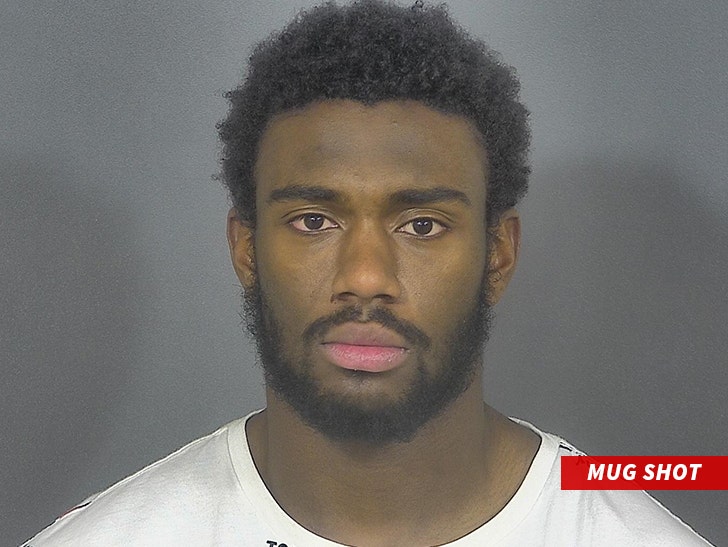 Notre Dame wide receiver Javon McKinley was arrested Sunday morning after cops say he drunkenly tried to fight TWO officers, one of whom is a woman ... according to court docs obtained by TMZ Sports.

McKinley was a STUD coming out of high school a few years back -- where he shattered many California single-season records. He had 91 catches for 1,906 and 20 TDs as a junior!

But, the 20-year-old is now in major hot water after cops say he battered 2 officers in a drunken attack.

According to court records, Notre Dame University Police officers were dispatched to help out a male who had passed out in the back of an Uber at 3:50 AM.

The officers identified the man as McKinley and tried to help him to his dorm -- noting he reeked of booze.

But, cops say during the walk to his room, McKinley freaked out, punched a male and a female officer and tried to flee.

Cops eventually located McKinley and took him into custody with the help of ND firefighters.

Both officers claim McKinley injured them when he punched them.

He's due in court Tuesday to be arraigned.

McKinley has never really lived up to his potential on the field at ND -- partly due to injuries. He's only played in a handful of games and hasn't really been a factor.