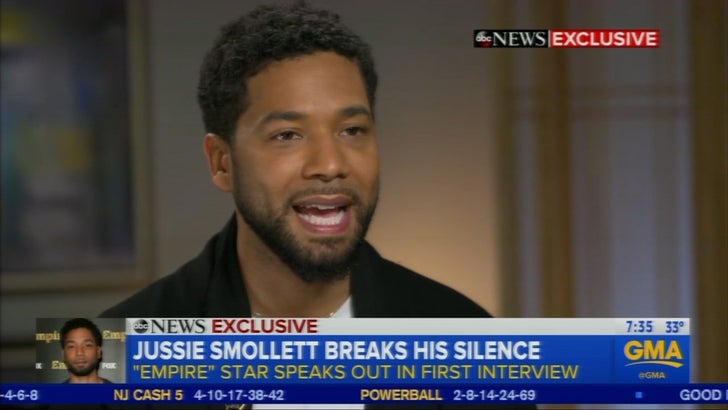 9:00 AM PT -- Cops say they have identified 2 "persons of interest," and have questioned them ... but add there is no evidence they were involved in Jussie's attack. Neither has been charged with a crime.

While PD won't confirm the persons of interest are the ones in the dark, grainy image -- the ones Jussie says he's sure attacked him -- our law enforcement sources say the people in the image are the only people who were seen on camera the night of Jussie's attack.

Jussie Smollett says he's certain ... the 2 men in the surveillance photo released by police are way more than persons of interest ... they are the men who screamed homophobic and racist epithets at him, tied a noose around his neck, poured bleach on him and beat him.

Jussie appeared on 'GMA' Thursday, and was clearly frustrated some people don't believe his story.

The 2 men in the surveillance photo are considered "persons of interest" but not suspects by the Chicago PD. Cops tell us the video shows the 2 men on the other side of the street from Jussie, but there is a 60-second gap in the video.

Jussie went on to explain why he refused to give his phone to cops so they could validate his story that he was talking to his manager at the time of the attack and the manager heard it go down. Jussie explained he had various private photos, videos and phone numbers and did not want that data compromised.

He tells Robin Roberts about his injuries and why he kept the rope around his neck until police arrived. 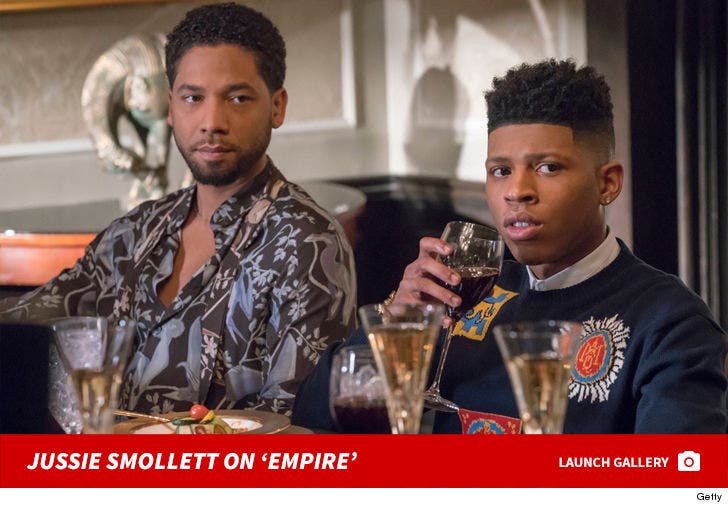 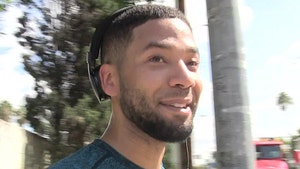