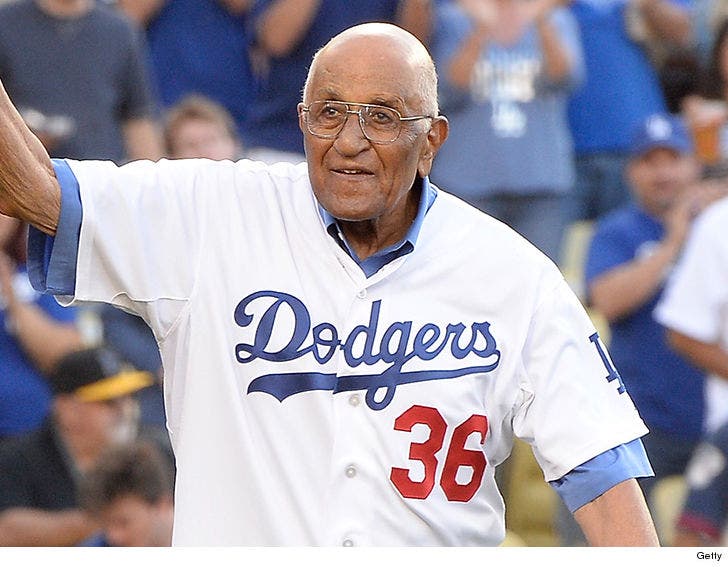 The Dodgers will pay tribute to the late Don Newcombe this season ... stitching a special No. 36 patch on their uniforms for all of 2019 -- the team announced Thursday.

The legendary pitcher -- one of the most important black athletes in MLB history -- died Tuesday at the age of 92 ... and the team says they plan to honor him on their jerseys.

Team president Stan Kasten says the patch will be on every uniform beginning on Opening Day next month ... with Newcombe becoming just the 7th Dodger player EVER to receive that honor.

Newcombe played 8 seasons for the Brooklyn-Los Angeles Dodgers from 1949 to 1958 ... winning Rookie of the Year honors, the Cy Young AND the NL MVP during his career.

Athletes all across the globe were devastated to learn of his passing from an undisclosed illness ... and current Dodgers paid tribute to the man all over social media this week.

"I learned so much from this man," star closer Kenley Jansen said ... "Sitting together, knowing his stories, his storytelling, what he, Jackie and Roy Campanella had to go through for us to be here today."

"He taught me about the history of the game."

Added Justin Turner, "On and off the field, one of the most sincere, respected, & knowledgeable gentlemen I have ever had the chance to be around. Thank you for the lessons in baseball and life."